Awesome!! Plastic bags and plastic water bottles are the blight of all the remote and beautiful places that I have visited. Hell, there’s a collection of this crap the size of Texas in the ocean north of Hawaii – the North Pacific Gyre.

Zanzibar’s ban on the import and production of plastic bags has come into effect.
Authorities on the semi-autonomous Tanzanian islands say discarded bags damage the marine environment and hurt its crucial tourism industry.
The government, which approved the law in July, has suggested the use of raffia bags as an alternative.
But the BBC’s Ally Saleh in Zanzibar says many people are sceptical about whether the ban will be enforced. 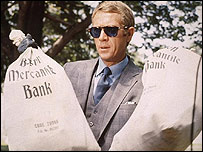