Saddam Hussein is facing his day in court.(LINK)
Okay, I know that rooting for the bad guy isn’t always the right way to go, but in this case, I really can’t help it. First the evidence against him:

None of this is good. Of course it is only small potatoes to what the United States is currently doing in Iraq where thousands of innocent children have died since occupation. But two wrongs certainly don’t make a right. Not even by Big Brother er… the U.S.
The truth is that the United States has had to resort to the same tactics Saddam used in order to get Iraq to the level of stability it currently enjoys. But perhaps enjoys is the wrong word to use. The country is considerably less stable than it was under Saddam, and considerably more oppressive.
So, all of that being said, and keeping in mind that Saddam was a US empowered, US educated, US trained, US supplied lackey who decided to tell Uncle Sam to shove it… I find myself with a begrdged respect for him as he comes into court with his Al Pacino attitude..

Presiding judge Rizgar Mohammed Amin, a Kurd, read the defendants their rights and the charges against them and asked for a plea. Saddam replied “I am not guilty.”
When a break was called, Saddam stood, smiling, and asked to step out of the room. When two guards tried to grab his arms to escort him out, he angrily shook them off.
They tried to grab him again, and Saddam struggled to free himself. Saddam and the guards shoved each other and yelled for about a minute.
It ended with Saddam getting his way, and he was allowed to walk independently, with the two guards behind him, out of the room for the break.
The identities of the judges have been a tightly held secret to ensure their safety, though Amin’s name was revealed just before the trial began. The courtroom camera repeatedly focused on him, without showing the others.
Earlier, at the opening of the trial, the ousted Iraqi leader — looking thin with a salt-and-pepper beard in a dark gray suit and open-collared white shirt — stood and asked the presiding judge: “Who are you? I want to know who you are.”
“I do not respond to this so-called court, with all due respect to its people, and I retain my constitutional right as the president of Iraq,” he said, brushing off the judge’s attempts to interrupt him. “Neither do I recognize the body that has designated and authorized you, nor the aggression because all that has been built on false basis is false.”

Obviously, Saddam is a bad guy, but I have to give him credit for being the type of bad guy that Hollywood loves. I hope that he somehow avoids the death penalty in what would seem to be a Kangaroo Court of the highest order and I hope that he doesn’t end up sitting in a mansion somewhere like other deposed dictators have and causing future problems….(Marcos, Charles Taylor, Napoleon…etc etc.) 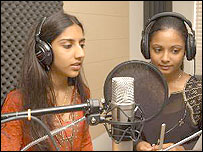