For the record, I LOVE cheese, but $500 “Magic Cheese” that makes you younger?? Even I wouldn’t fall for that….
Actually, the people buying the stuff didn’t need to believe in the benefits. The Chilean buyers believed they were fermenting the “Cheese” in order to sell it to the French. So, they just needed to believe that FRENCH people were dumb enough to buy the stuff.

Police in Chile are asking Paris to extradite a French woman after a massive pyramid-selling scam in which thousands of people were conned.
People were persuaded to buy a powder which they could allegedly turn into “Magic Cheese”, said to make skin look younger and to be highly valuable.
The powder, called Yo Flex and costing up to $500 (£270), turned out to be an almost-worthless food supplement.
More than 20,000 Peruvians and 6,000 Chileans were reportedly duped.
Some spent their life savings or borrowed money to take part.
According to the police in Santiago, the suspect, Madame Gilberte van Erpe, or Madame Gil as she has been dubbed by the press, told people that “Magic Cheese” was the latest fashion in France, where women used it as a skin cosmetic to fight the effects of ageing.
The fraud consisted of selling people packs of Yo Flex powder that was said to be the raw ingredient of the magic cream.
According to reports, victims of the scam believed they only had to mix the powder with milk, to ferment the “Magic Cheese”.
They were told they could then sell the cheese to a company, which would export it to France, where it would be sold on to French women at a premium. 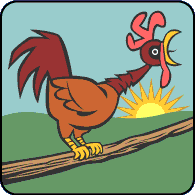