Now there’s something you don’t frequently hear about… a team of French wine experts in 1976 declared California wines better than French! For that year, anyway. But they haven’t dared to repeat the challenge since!!
Personally, I like both, but for you competitive types, there is going to be a rematch….

Wine experts in London and California are preparing to hold a blind tasting to decide who makes the best wine: France or the United States.
The contest recreates a tasting 30 years ago in which France was defeated after French experts decided wines from California were better that year.
The result was seen as a blow to French national pride and shocked the country’s wine industry.
In recent years, new world wines have overtaken global sales of French wine.
The tasting is to take place on neutral territory in London at the Berry Brothers & Rudd wine shop in St James’s Street – one of the UK’s oldest wine and spirits merchants.
The US tasting is being held at Copia, the US centre for wine, food & the arts, in the Napa Valley, California, a region famous for its wine production.
Back in 1976, in a contest called Judgment of Paris, nine French experts agreed that the Californian wines they had blind-tasted were better than the French.
It was a result that turned the industry in France on its head as well as being a deep blow to French pride, says the BBC’s Caroline Wyatt in Paris.
Until then, it had been taken for granted that US wines were never going to improve on the French.
The rematch includes all the original red wines tasted in 1976, to see how they have aged, as well as newer vintages from both nations. 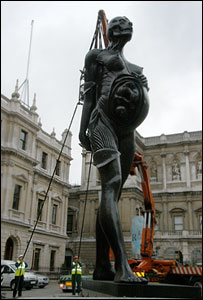