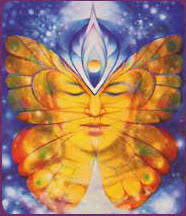 At a physics meeting last October, Nobel laureate David Gross outlined 25 questions in science that he thought physics might help answer. Nestled among queries about black holes and the nature of dark matter and dark energy were questions that wandered beyond the traditional bounds of physics to venture into areas typically associated with the life sciences.
One of the Gross’s questions involved human consciousness.
He wondered whether scientists would ever be able to measure the onset consciousness in infants and speculated that consciousness might be similar to what physicists call a “phase transition,” an abrupt and sudden large-scale transformation resulting from several microscopic changes. The emergence of superconductivity in certain metals when cooled below a critical temperature is an example of a phase transition.
In a recent email interview, Gross said he figures there are probably many different levels of consciousness, but he believes that language is a crucial factor distinguishing the human variety from that of animals.
Gross isn’t the only physicist with ideas about consciousness.
Why Great Minds Can’t Grasp Consciousness – Yahoo! News