What epidemiologists call a ‘cluster’ of deaths arising from H5N1 or bird flu has arisen in a small village in Indonesia. Spokespeople from the World Health Organization or WHO are offering vastly different opinions on what has happened and what the reaction to the world at large should be. This sort of cluster is not unknown thus far in the short history of what has become the major fear of scientists and public health experts throughout the world. That fear is a global pandemic arising from the mutation of an avian virus into a virus that can spread from human to human. Thus far, this particular strain of the virus has not mutated to such a degree. That is why this cluster is of special concern. In the past, clusters of human cases have been identified with a common animal source that gave the disease to all of the infected humans. That is not the case in this Sumatran village. WHO experts are generally cautious about sounding the alarm, but the village is currently under surveillance. Genetic sequencing of the virus has shown that this strain of the virus has not mutated to the dreaded human to human form, but thus far researchers and epidemiologists have been unable to pinpoint the source, this has caused widespread concern that has affected financial markets around the world. The reason that seven villagers in a remote Indonesian village can cause such widespread concern is that if the virus were to mutate, it would be immune to most antiviral drugs and while a vaccine was developed could become a global pandemic capable of killing millions in a very short amount of time. 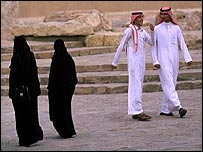