ALAMEDA, Calif. – A real clown is running for mayor of Alameda, and even his sister won’t vote for him.
Kenneth Kahn, 41, a professional joker known as “Kenny the Clown,” admits he’s running a long-shot campaign for City Hall’s top spot. Kahn has not previously run for an elected position and has never sat on a public board.
“People ask me, ‘Do we really want to elect a clown for mayor of the city?'” he said. “I say, ‘That’s an excellent question.'”
Kahn’s mother, Barbara, said her son doesn’t have a chance, and Sylvia Kahn, a teacher, said her brother’s candidacy is a “mockery of our system.”
“I don’t think it makes any sense, because, to me, running for mayor is not where you start as far as community involvement goes,” she said.
In November, the funnyman who graduated from the University of California at Berkeley, faces incumbent Beverly Johnson and City Councilman Doug deHaan. 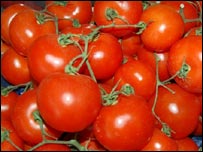