I know plenty of people that would say they think $20 is worth something. It is. I mean you could buy 2 tickets to a movie and a candy bar, a 12 pack of beer and a frozen burrito, or 4 lattes. You could almost buy one share of Cisco systems or a decent buton down shirt and pair of pants at Ross. Of course, what the value of money really is, depends on who you are and what you’re situation in life is…as the following story reflects…
cd 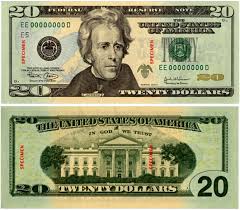 PALMETTO, Fla. – Mark Giorgio figured a 50-foot fall was worth $20. Giorgio, 47, was counting his money Monday while walking across the U.S. 41 bridge over the Manatee River when a $20 bill blew out of his hand and flew over the rail. He followed. And plummeted 50 feet into the river.
Then he swam about 100 yards to fish the bill from the water.
“I got my money back, hell yeah,” Giorgio told the Sarasota Herald-Tribune. “Twenty bucks is a lot of money when you’re broke.”
He was fished from the water by a passing Florida Fish and Wildlife Conservation Commission officer. Giorgio, who said he was already suffering from a broken collarbone, refused treatment for cuts and scrapes he suffered in the fall.