These guys are planning ahead. Maybe even Bernest will hear it.

2051 space oddity: TV station aims at an alien audience
Derek Scally in Berlin
Eurotrash goes intergalactic tonight when two naked television presenters host the first programme conceived for aliens and broadcast to a star located in the Big Dipper, 45 light years away.
Despite the English language title, the programme, Cosmic Connexion, as conceived by the channel Arte, assumes the aliens will have a working knowledge of German and French – the station’s two working languages.
The TV show has been conceived as an idiot’s guide to humankind, or close encounters of the nude kind. The hosts will explain how the human body is created – thus justifying their own nakedness – and will tell about the main elements of daily human life.
Cosmic Connexion will talk to sociologists, scientists and space experts, as well as explain to viewers – on earth and in space – about previous attempts to contact other life forms such as the gold and aluminium disc placed on board the Pioneer 10 probe launched in 1972 and last contacted in 2003.
The station has a clear message for viewing aliens: “We have seen your crop circles. Stop by and say hello.” Arte has also asked viewers to submit messages they would like to be broadcast into space as part of the programme. The few halfway intelligible messages on the website yesterday were rather political. “Maxmax” from Germany wrote: “Dear friends of the sun (or whatever) . . . George W. Bush: bullshit3 Us – music = rather not.”
The broadcast signal will reach the star Errai in the year 2051. Arte producers say they are looking forward to receiving alien viewer feedback to their programme – in 2096. 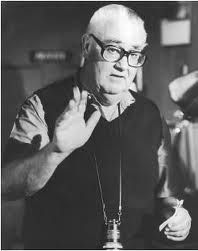