The surgeon doing the nose job on the guy featured in this article has done 30,000 nose jobs. ALL the plastic surgeons in Britain combined last year did 7,000 nose jobs. (I don’t know how that compares to LA.) In any event, that’s way more concern-for-personal-appearance and disposable income than I gave Iran credit for.

It is eight in the morning in the plastic surgeon’s office and Hussein is preparing for an operation.
He’s going to have a nose job, following in the footsteps of his mother, his brother, his aunt and his cousin who have all had cosmetic surgery.
“Now it’s really normal but of course 10 years ago if you were a boy and had a nose job everyone would laugh at you and make fun of you,” admits Hussein.
“But now it’s not like that – lots of people are doing it,” he adds.
Hussein, who is a university student with a wealthy father involved in trade with China, says he met a woman the other day who asked why a boy needed to worry about his looks so much.
“I was shocked because everyone would love to have a more beautiful face,” he says.
It’s becoming increasingly common for Iranian men to have cosmetic surgery.
At first it was Iranian women who wanted nose jobs because strict Islamic dress regulations meant the only thing peeking out was their face and they wanted to make the best of it.
Since the revolution in 1979, Iran has become one of the world’s leading centres for cosmetic surgery with three thousand plastic surgeons operating in Tehran alone. 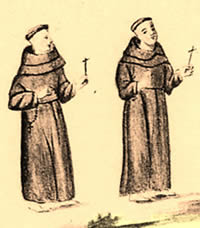