(This is not good. Weah supporters are chanting “No George, no peace” – ironic, given that in this country we could take out one of those negatives. See former posts on the Liberian election for background.)

MONROVIA, Nov 9 (Reuters) – Former Finance Minister Ellen Johnson-Sirleaf took a strong lead on Wednesday in Liberia’s presidential run-off but her rival, millionaire soccer star George Weah, denounced the poll as fraudulent.
Weah, a former AC Milan striker who is popular among Liberia’s poor youth, made the fraud charge as electoral authorities announced early results from Tuesday’s second round poll, which had gone ahead peacefully in the West African state.
The National Elections Commission said with votes from 59 percent of polling stations counted, Johnson-Sirleaf had 56.4 percent while Weah had 43.6 percent.
But Weah said the election was “full of irregularities” and showed ballot papers that he said had been tampered with.
“We have substantial evidence of election fraud,” Weah told a news conference, as his angry supporters chanted “No George, no peace” at his party headquarters.
The fraud charges threatened to mar what had been trouble-free elections, the first polls held since the end of a 14-year civil war that shattered Liberia’s economy and killed a quarter of a million people.
Monrovia’s streets emptied earlier than usual on Wednesday night and U.N. peacekeepers, who searched cars at roadblocks, used batons to break up a crowd of dozens of Weah supporters.
“We are tired of running around. we don’t want war in this country again. But if we don’t get Weah there will be no peace,” Blaugur Bor, 28, told Reuters in a Weah stronghold.
Reuters AlertNet – Weah trails in Liberian run-off and cries fraud 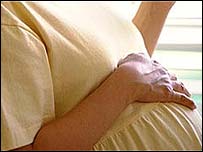