B*** actually did something good…
I’m excited to read this. Vonnegut might not be razor sharp anymore – when he appeared on the Daily Show some months back, it appeared that Jon Stewart cut it short, seemingly afraid of what Vonnegut might say – but he still runs rings around most of the rest of us.

Author Kurt Vonnegut has told the BBC that he came out of semi-retirement to write his new book A Man Without A Country because of his “contempt” for current US President George W Bush.
A Man Without A Country, Vonnegut’s first book in five years, is a collection of short essays dealing with a wide range of topics, including humour and the difference between men and women – although the subject it tackles most is the current Bush presidency.
The book is subtitled A Memoir Of Life In George W Bush’s America, and Vonnegut – who is well known for his liberal views and attacks on the American right – told the BBC that he had “drawn energy from my contempt for our president.”
He explained two friends from his children’s generation “rescued” him by persuading him to write again.
“They did for me what Jesus did for Lazarus,” he said.
“I really was so dead I stunk, but now here I am back here at the age of 83.” 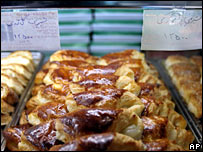