Zombies Invade Bloomingdales Plus: Style tips from the undead
by Corina Zappia
Last Saturday afternoon the undead assembled at a bar on East 59th called the Carriage House for Zombiecon, a zombie meet-and-greet purposely scheduled for shortly before Halloween. Contrary to popular expectations, they didn’t want to waste their precious earthly time terrorizing a small town in the middle of nowhere, breaking down the windows, and trying to eat people. These zombies preferred to begin the day uptown looking at the new fall fashions. They convened around noon in the mid-50s, like most tourists do, for some window-browsing and sightseeing on Fifth Avenue.
Zombiecon is sponsored by Kostume Kult, a group of artists who enjoy dressing up in elaborate disguises, either for themed parties or seemingly “impromptu events.” Originally founded by artist Jim Glaser during the annual Burning Man festival, they’ve since grown a year-round club—hosting bashes like LepreCon, a convention of leprechauns on St. Patty’s Day; an Oompah Loompa gala in honor of Tim Burton’s remade classic; a Horned Ball, complete with a “Frolic with Bambi” photo booth; and a “Burn Mitzvah” party, with it own “Circumsization Station” photo booth. Zombiecon was an equally creative venture, with no end to the imaginative zombie incarnations: debutante zombie, Charlie Brown zombie, complete with word bubble (“Grief!”); and Pope John Paul II zombie Mariachi Zombie, half zombie/half Mariachi player.

After a quick bloody mary brunch, the tour got underway. “Our first stop, Zombies, the candy shop!” cried Glaser, the anointed Zombie Lord. He gestured across the street to Dylan’s Candy Bar. The zombies flung themselves on the window, much to the confusion of Dylan’s customers, who were momentarily disrupted from measuring out gummy bears and Jolly Ranchers. “Arrgh!” cried the zombies. “Huh?” cried the customers. The zombies left, as they were on a time crunch.
They charged across the street to Bloomingdale’s where the customers, who had already spent some time under the powerful mind-controlling effects of Cosabella thongs and the inimitable Nars makeup counter, were considerably more tolerant of this new demon presence. “Donna Karan! Garrr!” shouted one wee zombie, whose love of DKNY hosiery had clearly not declined even after a throat-slashing. “Moisturizer . . . Need moisturizer!” howled another zombie, hoping his rotting flesh was not too far gone for a little Kiehl’s. The zombies headed towards Fifth. “Smell the horse poop in front of Citibank!” one observed.
They rolled into FAO Schwarz, but couldn’t resist posing for photos with the guards dressed up as toy soldiers out front. Riding up and down the escalators, they skipped on playing the giant keyboard (immortalized in the Tom Hanks’ movie Big). “To the fountain!” the Zombie Lord cried, indicating the Plaza Hotel fountain across the street. “We must have a class picture!”
The zombies moved on down Fifth Avenue, stopping for a photo in front of St. Patrick’s Cathedral, a goggle-eyed browse at
Gucci (where even the spooks were too spooked to enter), and a brief glance at Cartier. “Hey, keep away from the window,” admonished the Cartier guard to Mariachi Zombie.
They checked out winter fashions at Versace, and jumped on stalled cabs and demanded brains. They oohed and ahhed at Tiffany’s: “Garrr”growled one zombie. “Little blue brain!”
This being a creative group of zombies, their greatest disdain was reserved for the Disney store. “Arrgh,” they cried, pressing their withering faces to the House of Mouse, scowling at Mickey’s diabolical, smarmy presence. “Constitutionally wrong intellectual property law!” yelled one, in a phrase that never quite rolls off the tongue, even in zombie speak.
After wending their way around Rockefeller ice skating rink, the zombies started to grow fatigued. They debated the quickest route to their second watering hole, the last stop before heading downtown, finally arriving at a restaurant near Grand Central. Laconically greeting all the other exquisite corpses, the zombies snuggled into the banquette, and waited patiently for the waitress to take their order.
Style tips from the undead:
# Zombies are usually buried in their Sunday best, so hit the Salvation Army for old suit jackets and trousers to slash up. That said, there are more zombie permutations in the world than the ol’ garden-variety Night of the Living Dead kind. Variations here (Cher zombie! Laura Bush zombie!) are endless and encouraged.
# To get that ripped flesh effect, use latex paint mixed in with shredded tissue paper or cotton balls. Special effects artist Josh Potter (omephex@yahoo.com; 201-223-1595) suggests this order: latex, tissue, then more latex and blood. Mixing in cornflakes or oatmeal with the latex is also good, Potter says, for adding a “cracked look” to the skin.
# Body parts are ideal for gnawing on, and a welcome change from the old tired “raised arms/sleepwalker” perambulating. Potter suggests Halloween Adventure for some fake bloody limbs: “Pretty decently priced, for what they are.”
# Some people will use raspberry jam as congealed blood, but Potter worries it’s too sticky and “could attract bugs.” He advises professional prosthetic adhesive to glue on fake wounds, or nose and scar wax. “It’s like a putty.” Spirit gum is only good for a one-time use.
village voice > nyclife > Fashion Forward by Corina Zappia 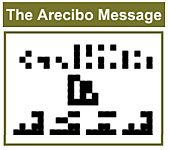