In 2004, I was living in a minivan I bought for $175. I should have stuck to VWs. I called this one Pig and usually had hands black from working on it’s horrid engine. As I re-edit and prepare to launch Rough Living 2013 and Smooth Living: Beyond the Life of a Vagabond, I can tell you…I don’t miss the Rough Life…

Uh oh, the van is dying rapidly. I’ve got work lined up, but it requires that I have transportation. Scary thing with the van is that when I look at how much money the people I bought it from put into it, it makes me worry….can you say money pit?

So now, it just loses all power and the throttle goes dead. It always restarts and after stalling and starting for an hour or so, it begins to run perfectly.

Yesterday, I woke up with one of those hangovers that says “I’m going to give up drinking once and for all” OUCH! I bailed from Waikiki where I was parking next to the zoo and drove around the south shore. Past Hanauma Bay, the van stopped stalling. Words can’t emphasize how shitty I felt. If you’ve been there, you know.

So anyway, I just wanted to find a quiet and uncrowded beach park to make coffee in, set up my hammock, have a swim, and sleep it off. Sundays are crowded. Even at usually uncrowded spots like Wamimanalo and Bellows Beach. So I continued driving up the beach to my old haunt of Punaluu. I picked up a hitchhiker who smoked a bowl with me and then parked and made coffee near Chinamans Hat on the windward side.

I went to Laie, the mormon enclave of Oahu to buy a steak, but everything is closed on Sunday there. Finally found a steak and drove back to Kahana Bay where I napped and then barbecues a steak and some potatos with garlic. Yum. I was starting to feel a bit better.

Night before last I made Hobo Packets….here’s the recipe…

Directions
Form ground beef into patties and place each on a square of aluminum foil. Divide potatoes, garlic, and onions equally and arrange on top of patties. Add salt and pepper to taste. Place lemon and soy on top of vegetables. Seal foil tightly and place on grill or directly on coals for about 45 minutes to an hour. Can also be cooked in the oven at 350 degrees F. for 45 minutes. Delicious and easy

That made enough to feed my friend Steve and myself. Plus there was a third packet in case someone came along. I had it for breakfast yesterday.

So anyway, back to Kahana Bay where it began to get dark and I lit a fire. I was just chillin by myself and a Hawaiian guy came along. I invited him to sit. He offered to smoke a joint. Why not. Then he offered me some ice (it’s like crack but made form crystal meth instead of coke) I declined so he smoked some himself. Then he offered me cigarettes (I also declined…almost two months smoke free), candy, and we talked about life. When I told him I was worried about money, he insisted on giving me five bucks. I told him I was okay and he refused to take it back. Crackheads can be really nice people. He was.

None the less, I didn’t feel comfortable sleeping there (ice does strange things to people) so I drove back down to Chinamans Hat and slept until this AM. STill feeling slightly wretched. Now I’m here in the library working on my novel (Slackville Road) and doing a little promotion for Rough Living. 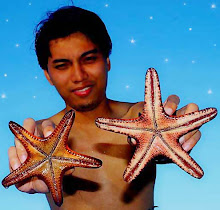