It’s about time. Of course, the screeners are all paid minimum wage and grossly inefficient anyway. Mink and I flew to Kona over the weekend and she got through security with a razor, gel deodorant, sunblock, and bug spray. They even searched her bag once….
cd

WASHINGTON (Reuters) – The United States said on Monday it was partly easing its ban on liquids and gels in carry-on bags on airline flights, a policy imposed last month after authorities in London said they foiled a plot to bomb U.S.-bound flights.
Travelers will be allowed to carry travel-size toiletries of 3 ounces (90 ml) or less in a small clear-plastic bag, the Transportation Security Administration said. They also may carry on drinks and other items purchased in the secure areas of the airport.
Lip gloss and hand lotion will no longer be confiscated by airport screeners. Those items will be checked over and placed in bags for passengers to carry aboard, if they clear security, a
Homeland Security official said.
“After the initial, total ban, we have learned enough from the UK investigation to say with confidence that small, travel size liquids are safe to bring through security checkpoints in limited numbers,” said Assistant
TSA Secretary Kip Hawley.
“We have also taken additional security measures throughout the airport that make us comfortable allowing passengers to bring beverages and other items purchased in the secure area onboard,” Hawley said.
The Department of Homeland Security banned liquids and gels on flights in August after the British government arrested at least 24 people and foiled what it said was a plot to simultaneously blow up several U.S.-bound airliners using liquid explosives. 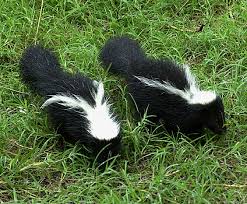