Today’s story is an update

Today I am going to discuss the recent quake in Indonesia. On May 27 a 6.3 magnitude earthquake struck the ancient city of Yogyakarta in Indonesia. An initial estimate of 3000 casualties has more than doubled to 6234 as I write this. It will probably go up further. The news media tends to hit disasters hard in the first few days and then to soften up on coverage and begin to focus elsewhere. This is almost universally true. In any event, just because the news media starts to focus elsewhere doesn’t necessarily mean that the aftermath of a disaster like this quake is complete. Far from it.

Take for example, the idea of aid. Currently, the residents of more than 130,000 homes that were destroyed are living in very flimsy tents provided by aid workers. Unlike the Katrina Hurricane of 2005, there are not thousands of RV’s to house these refugees. There are not rich relatives or altruistic American families that are willing to house them and help them recover from this life shattering mess.

You may recall the information about the ‘youth bulge’ a few days ago. It is good if you do, because that becomes very relevant in Indonesia where there is a huge youth bulge and where social infrastructure was already inadequate prior to this quake. What was already a strained economic situation is now compounded by the loss of livelihood for tens of thousands who thought they were secure. The result? Looting, violence, and a loss of hope for those who need hope more than anything.

Additionally, the tightly packed hospitals, relief centers, and temporary communities are a fertile breeding ground for all sorts of viral and bacterial disease. Public health officials are scrambling to vaccinate and treat illness before a major outbreak can occur. Worries are compounded by fears of Avian Flu. You may remember that the World Health Organization is still investigating a cluster of bird flu deaths in Sumatra, the northern most island in Indonesia.

So far, there have been no major outbreaks but several incidents of food poisoning have occurred among refugees. This could be, in part, due to the way food aid is distributed differently in different countries. In Katrina, refugees were provided with MRE’s (Meals Ready to Eat), the standard fare of soldiers in the field. One can surmise that Indonesia’s food aid is more likely a pound of flour and a bottle of oil. 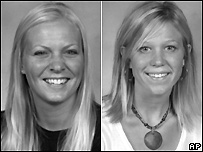