This little fight makes me want to start watching more TV. Plus, mentioning Chef makes me hungry. Plus, it’s been raining a lot so I haven’t been excercising much. Result? I’m going to get a ‘big john’ and sue Scientology for turning me fat in five years!
cd

NEW YORK – “South Park” creators Matt Stone and Trey Parker vowed vengeance last week in their running battle with Scientology — and Wednesday night’s new-season premiere appears to be the start.
Isaac Hayes may have left the animated satire in a huff over what he described as religious “intolerance and bigotry,” but his Chef character, which he’s voiced since 1997, isn’t forgotten.
The Comedy Central cartoon begins its 10th season with an episode titled “The Return of Chef!” The character’s return follows by just a few days Hayes’ statement that he was quitting because he could no longer accept the show’s satirical blasts at religion.
Stone and Parker quickly shot back that Hayes had no problem poking fun at religions until “South Park” took on Scientology in an episode last fall. Hayes is a Scientologist.
Hayes didn’t return to voice the new episode, but there’s widespread speculation that the mischievous Stone and Parker used creative editing of his voicing from past shows to fashion new dialogue.

Comedy Central on Tuesday began running promos of the episode that featured what appeared to be Hayes’ voice.
According to the show’s synopsis: “The town is jolted out of a case of the doldrums when Chef suddenly reappears. While Stan, Kyle, Kenny and Cartman are thrilled to have their old friend back, they notice that something about Chef seems different. When Chef’s strange behavior starts getting him in trouble, the boys pull out all the stops to save him.”
The show’s feud with Scientology heated up further last week when, a couple of days after Hayes’ blast, a scheduled rerun of an episode skewering Scientology, and famous follower
Tom Cruise, was pulled without notice. A blogger site reported that Cruise had used his clout to force the episode’s removal, a charge Cruise’s representative denied. The next day Parker and Stone issued a statement promising more to come.
Wednesday’s show is the first of seven new “South Park” episodes. 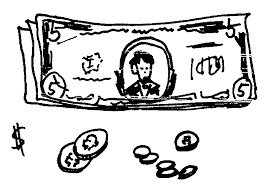