These guys have taken the whole “Fuck Yes!” philosophy to a new level…I love it.
cd

By Dan Damon
Mike is a “scambaiter,” dedicated to fighting back against those who send out the notorious 419 e-mails, promising untold wealth to anyone gullible or naive enough to disclose their bank details.
Mike asked us not to use his full name because he’s dealing with some heavy cross-border criminals.
His group of volunteers at 419eater.com use their computer skills to fool the scammers, to disrupt their crimes, and to have some fun at the scammer’s expense.
Every day, millions of people get e-mails like this:
Dear Sir/ Madam,
I am fine today and how are you? I hope this letter will find you in the best of health. I am Prince Joe Eboh, the Chairman of the “Contract Award Committee”, of the “Niger Delta Development Commission (NDDC)”, a subsidiary of the Nigerian National Petroleum Corporation (NNPC).
NDDC was set up by the late Head of State, General Sani Abacha who died on 18th June 1998, to manage the excess revenue accruing from the sales of Petroleum and its allied products as a domestic increase in the petroleum products to develop the communities in the Niger Delta Oil producing areas. The estimated annual revenue for 1999 was $45 Billion US Dollars…
And of course, if you were only willing to help the writer siphon some of it off, a few of those many millions could be yours.
Police estimate that every year, US citizens alone are conned out of some $200m.

Painted breast
Mike told me how he baited the writer of the e-mail above, Prince Joe Eboh.
“I’m sure he’s not a prince at all,” Mike says. “He contacted me with a standard 419 [so-called after a section of Nigeria’s legal code] scam.
I have been troubled recently after the death of a dear friend of mine, Minnie Mowse –‘Father Hector Barnett’
“I tried to turn it round by saying I worked for a church and we couldn’t do any business with people who are not of our faith.”
Mike sent a response in the name of Father Hector Barnett of the Church of the Painted Breast.
Dear Sir,
I would dearly love to help you. If you ever decide to join our faith then of course I could help you both with my experience
and financial support. I wish you well in your endeavour my brother.
Yours, Father Hector Barnett
“Now I knew the guy would write back and say: ‘Well, can I join your faith?’ and indeed he did,” says Mike.
Dear Father Hector,
If joining your faith is what it takes to help me of course, I am ready to join you. I’m from a good Christian family. I will do anything you want me to do in the faith. Don’t forget that I have to transfer the money to your account as urgently as possible. Send me your account details. I hope to read your mail soon.
Prince Joe Eboh

‘War-paint’
Dear Joe,
Our ministry was founded in 1774 by a wonderful lady by the name of Betsy Carrington. She spent many of her first preaching years in Kenya, spreading the holy gospel amongst the local people there. She was the first person male or female to promote Christian texts and beliefs to the Masai warrior tribe.
The most famous account is when as a test she had to remove the top part of her clothes and paint the top half of her body and breast with the red Masai war-paint as a gesture of faith and belief to them so that they would accept her and trust her. She was almost immediately accepted by them and was one of the most trusted westerners known at that time.
As a qualification to enter the Holy Church of The Order of The Red Breast, all followers must go through the initiation procedure that Miss Carrington made so famous. I have attached a photograph of four of our young inductees going through the procedure.
Please use this picture to enable you to make the same marking on yourself. I have also attached a small picture showing the design in more detail. I look forward to welcoming you into our membership my brother.
Father Hector Barnett Financial Development – Holy Church of The Order of The Red Breast.
‘Processing fees’
Using image software, Mike made up an “initiation” picture. And Prince Joe duly carried out the induction and e-mailed back a photo of himself in the properly sanctified state.
Dear Brother Hector,
I want to thank the Almighty God himself for the opportunity I have to be a member of this great church The Holy Church Of The Painted Breast. I’m looking forward to establishing a branch of the Church here. But I’ll like us to finish everything about the business proposal, which I sent to you earlier…
“He then tried to hit me for $18,000 for processing fees for transferring millions,” Mike says.
He wrote back as Father Hector, saying that the church had plenty of money, but there was a withdrawal fee of $80.
“I persuaded him to send me the $80, which he did, inside a birthday card, by courier,” Mike says.
However, former Scotland Yard fraud officer Tom Craig says that it is unprecedented for the 419 con artists to part with any money – he suggests the notes may have been forged.
Mike says that any money they get from these reverse stings to a children’s charity in the north of England.
Exporting snow
Father Hector of the Church of the Painted Breast then entered a troubling period of religious uncertainty.
Dear Joe,
This is your good friend Hector Barnett. Please do not be alarmed that I am contacting you from a different e-mail address. I will explain what has happened.
The guy obviously thought he was going to get $18,000 so easily, he was blinded by his own greed
Mike
I have been troubled recently after the death of a dear friend of mine, Minnie Mowse. She was a very, very dear friend indeed, and her death affected me greatly and started to make me question my faith. I have decided to leave the church and join a travelling circus.
I have already made two very good friends, and tomorrow I will be starting my circus training with them…
Prince Joe then began receiving e-mails from another “Reverend” of the Church of the Painted Breast worried about the disappearance of Father Hector and $18,000 from church funds.
Joe already knew from Hector’s increasingly eccentric e-mails that he had put the money into a business exporting snow to Siberia.
Lottery winnings
Despite that, Prince Joe still hasn’t given up, even though he’s $80 down. The e-mail exchange between the probably fake prince and the obviously fake church continues.
At the same time, the scambaiters are running several other such stings.
I asked Mike why these people who are themselves scammers can’t spot an obvious scam.
“I think it operates in much the same way as it does with real victims. Greed clouds their judgement. The guy obviously thought he was going to get $18,000 so easily, he was blinded by his own greed.
“Which is what happens to those who fall for the 419 scams; they just see all these millions.”
This would all be funny if it wasn’t for the millions of dollars being stolen and probably put into drugs or other criminal activities.
Mike and his friends send all their e-mail exchanges to the police in the UK, Nigeria and to the FBI – he says they’ve had no response. And even warning the victims does no good. Most of them don’t want to believe they’re being scammed.
The latest e-mail scam concerns lottery winnings you didn’t know you had.
If you’re tempted, just remember Prince Joe who’s still sending e-mails saying he’s sticking to his promise and saying the daily prayer: “When all above seems a great test, Get on down with the Holy Red Breast.”
Dear Father,
When I said the prayer this morning, something like a fountain went down my system making me to feel strong & happy. I have spent money to process all the necessary documents for the transfer of this fund. What remains now is the registration of your name as the contractor who executed the contract.
Yours, Joe.
Story from BBC NEWS:
http://news.bbc.co.uk/go/pr/fr/-/2/hi/africa/3887493.stm
Published: 2004/07/13 07:56:50 GMT 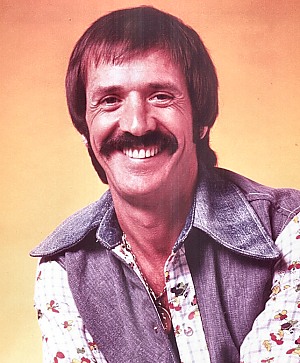