Psychedelics are being revisited as potential treatment for anxiety, PTSD, headaches, OCD, and other conditions.
(I got a kick out of the comment that prescribers should first have to try the drugs themselves. Do people really think they haven’t??)

Before 1960s’ Flower Power, LSD was a medical wonder drug – a supposed treatment for mental illness. Then it became outlawed and discredited. But now a new generation is researching the medical benefits of psychedelic drugs.
“You realise that your feelings are beginning to change. You have to understand these drugs don’t put things into your mind. You’re very aware and in a subtle way this drug begins to change your perception – you’re able to look at your same problem and feelings in a very different way.”
Pam Sakuda, 58, is dying of cancer. Last year she took part in a controversial pilot project which uses psilocybin (pronounced sil-o-cybin), which comes from magic mushrooms, to help patients cope with the anxiety of being terminally ill.
“It became paralysing,” she says of the stress caused by confronting her mortality. “It came to the point where you feel that you don’t have anything left to do. And I was hoping in this study to be able to get some relief from that.”

BBC NEWS | UK | Magazine | The trip of a lifetime 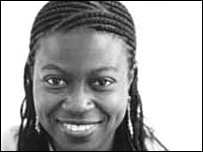