Link to the full article
One of the unspoken reasons why the United States had to invade Iraq was to liberate the U.S. dollar in Iraq so that Iraqi oil could once again be purchased with the petrodollar.
…When the Federal Reserve has money printed, when it is in uncut sheets of paper, it is not yet money. After it is cut, bundled and placed into the Federal Reserve vaults, it still is not money. It only becomes money once it is borrowed.
Consequently, if all debt were to be paid, if the United States didn’t have an $8 trillion national debt and the American people were debt-free, and if all loans of U.S. dollars made to foreigners were paid in full, there would be exactly zero U.S. dollars in circulation because it will have all been returned to the vaults of the Federal Reserve. This might seem hard to fathom, but it is the gospel of fiat money.
…most Americans will believe that our military actions in Iran will be to defend freedom and liberty while spreading democracy. However, the truth is that we’ll be fighting a war in Iran because of our nation’s relationship with the Federal Reserve… 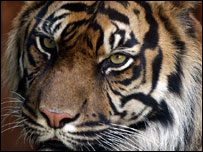