Yeah…I’m having fantasies about this…
cd

Paris Hilton’s “simple life” has just gotten a lot more complicated.
On Friday (May 4), a judge sentenced the hotel heiress to 45 days in Los Angeles County jail for violating the terms of her probation, Los Angeles Superior Court confirmed to MTV News.
Hilton must report to the Century Regional Detention Facility in suburban Lynwood on June 5 or face a 90-day sentence. She will not be allowed work release, leaves of absence or an electronic-monitoring device instead of jail, Superior Court Judge Michael T. Sauer ruled after a hearing, according to The Associated Press. Hilton will also not be allowed to pay to serve the time in a jail of her choosing, according to the judge’s ruling.
The 36-month probation stint stems from Hilton’s arrest in September for alcohol-related reckless driving (see “Paris Hilton Arrested For Suspicion Of Drunk Driving”). Los Angeles city prosecutors continually pressed the Superior Court for her to spend 45 days in jail, as well as wear a monitoring device and avoid drinking alcohol for 90 days. They also requested that her license be suspended for four more months.
Prior to the announcement of the sentence, Hilton told the judge, “I’m very sorry and from now on I’m going to pay complete attention to everything. I’m sorry and I did not do it on purpose at all.”
Kathy Hilton, Paris’ mother, laughed when a city prosecutor said during closing arguments that Hilton deserved jail time. After she ruling, she said to the judge, “May I have your autograph?”
Kathy Hilton reportedly appeared upset when she left court, and Paris didn’t speak with the media. Her attorney Howard Weitzman said he would appeal the ruling.
“I think she’s singled out because of who she is,” he said. Weitzman said the sentence was “uncalled for, inappropriate and bordered on the ludicrous.”
On January 15, California Highway Patrol pulled over Hilton, who was driving on a suspended license. At that time, she signed a court document acknowledging that she was not permitted to drive. Hilton was again pulled over on February 27 when authorities saw her car speeding with its headlights turned off, and she was charged with violating her probation.
When Paris Hilton testified during the hearing on Friday, she said she thought her license had been suspended for only 30 days. She also said she thought the officer who made her sign the document in January was mistaken and that she didn’t read it.
“I can’t believe that either attorney did not tell her that the suspension had been upheld,” Sauer said. 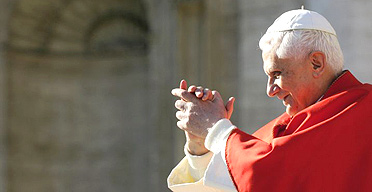