(Am I the only one who thinks this is a bad idea? What about the soccer riots? Show them something else…cd) 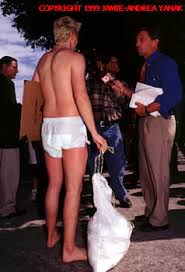 BANGKOK (Reuters) – Thailand is dishing out free cable television in its restive Muslim south in the hope that sports coverage such as English Premiership soccer will calm tensions in a region plagued by violence.
Interior Minister Kongsak Wantana told reporters on Tuesday an initial batch of 500 televisions would soon be installed at village tea shops so those who could not afford cable TV at home could all watch their favourite sports together. “Televisions and sports will help liven up the region,” said Kongsak, the fourth interior minister in less than two years to be faced with ending the unrest in which more than 800 people have been killed since January, 2004.
“Most children love watching sports on TV, but they can’t afford that at home. So we are giving them what they love, hoping it can help solve the problem,” said Kongsak, himself an avid golfer and a soccer player.
Buddhist Thailand has tried a range of measures to curb the violence in its three southernmost, Muslim-majority provinces, including lavish promises of development aid, martial law, and an airdrop of millions of paper birds.
None of them appear to have had any effect.