My travel to Sypil Magnesia, rarely visited by tourists, but also known as Tantalus.

We moved here and both had  this strange sense of being drawn to the mountain. At night I look at the gorgeous shadow of it and I have this sense of power pulsing in it. Those of you who have read a bit of my published work, may be familiar with my idea that God (aka Allah, Creator, IS) is actually the strong forces of the universe: Magnetism, Electricity, Gravity, and Strong (atomic) Force. To me, this idea fits well with the idea that God holds the universe together, is everywhere (omnipresent), knows everything (omniscent), and has all the power in the universe (Omnipotent).

All of this fits well within just about every major religion and I find that particularly, Quran and the words of Christ take on new meanings when you read them with this insight. In fact, I think that this is the missing key which obviously could not be explained to B.C. shepherds or 7th century nomads in scientific terms. The fact is, we know that these forces exist, we sort of know what they do, but we really don’t know why they exist or how they came to be. Just like God.

So, what does this have to do with the magic mountain of Manisa? Well, in fact, the ancient name of Manisa was Magnesia, the name comes from the magnets which come from Sypil mountain, also known in ancient times as Tantalus. The entire mountain is, in fact, one huge magnet. Stories of magnetic gold being found here, and stories of the Olympian Gods struggling with humans also come from this amazing mountain.


Cities here date back as far as 5000 BC and some researchers have postulated that it was a highly advanced city on Sypil that was swallowed into a great lake during a large earthquake. The great lake no longer exists, except as a minor body of water, but geologic evidence shows that there was one, it did exist, and there is some evidence to show that this was actually the site of a civilization of which we know very little. What was the name of this city?

Atlantis. And of course, with stories growing and changing it is more than likely that from a relatively advanced civilization being destroyed in a large lake that the story could grow to a continent sinking into a sea. Not unlikely at all.

Tantalus was named after the first King of this region. Tantalus, the son of Zeus. Keep in mind that Homer came from the nearby city of Izmir and he is the first one to write of ‘magnets’ in historical records.

It should also be mentioned that many of the sages of ancient Ionia said that the word magnet actually meant spirit. And the name Sipylos comes from greek and means ‘Gate of the Gods’.

All of this, leads me to wonder if I was drawn here like some piece of iron drawn to a magnet. I’ve found myself in this life living in many ‘power spots’ on the globe and certainly the circumstances which brought me to Manisa are not exactly run of the mill. 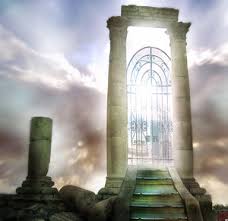 While I haven’t had the chance yet to climb up the magic mountain of Manisa, I know that once Hanane gets here, we will begin to do some exploration of it. For now, I wonder if I am living closer to God than I ever have before.