Still doesn’t seem real to me that I’ve never been to New York City…or Istanbul…or Madrid…or Islamabad….
but here is one more reason why New York is cool….
cd
Robert Redford returns to Brooklyn, and this time he’s bringing his well-known film institute, Sundance, with him. NY1’s Jeanine Ramirez filed the following report on the marriage of two cultural powerhouses.
It’s known as international, independent and inspiring. Now, the Sundance Film Institute and its star power turns its sights to Brooklyn, calling the Brooklyn Academy of Music its new home.
“In terms of establishing a home, because of the artists who live here, because of the idea of Brooklyn being just slightly off the center point – it has a slightly edgier reputation, one that fits more with Sundance – it seemed like a more natural place,” says Redford.
While the acclaimed film festival will remain in Park City Utah, BAM will be home for artistic development programs.
The collaboration between the two institutions has been two years in the making and on Thursday they announced their joint venture called “Creative Latitude”, a name chosen because of its reference not only to sharing creative visions but also because of the 40.6 degree latitude both places share.
“We’re very excited,” says Karen Hopkins, president of BAM. “We’re on the same latitude, Brooklyn and Park City, who knew?”
Hopkins announced that Brooklyn will have its own 10 day film series featuring a dozen award winning full length and a half dozen short films from this year’s Sundance Film Festival. There will also be all sorts of filmmaking workshops currently being developed.
“It’s a big thing to try to merge two fairly large organizations in a way that they can really have a seamless collaboration that’s organic and makes sense for everyone,” says Hopkins.
And coming to Brooklyn made perfect sense to Redford, who admitted his long-time love affair with the borough.
“I’ve kind of fallen in love with the mythology of Brooklyn when I was a kid growing up in Los Angeles because I read a lot of literature – literature from Irwin Shaw, Henry Miller, Thomas Wolf – and I kind of developed this fascination about Brooklyn,” says Redford. “So when I came to New York as an actor I came out here and walked the neighborhood and fell in love with it.”
Fellow actor Steve Buschemi, says he’s pledged his full support of the project.
“Living here in Brooklyn it’s very exciting to me to see that Sundance and BAM have come together,” says Buschemi.
Film screenings at the BAM Rose Cinemas will take place on May 11th. The movies that will be shown will be chosen after the Sundance Film Festival in Utah.
– Jeanine Ramirez 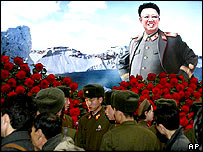