What to Do About Climate Change

Reprinted by permission from the May/June 2006 issue of Foreign Affairs. Copyright 2006 by the Council on Foreign Relations, Inc.

The Heat Is On

In the years ahead, climate change will have a significant impact on every aspect of the daily lives of all human beings — possibly greater even than war. Shifting precipitation patterns and ocean currents could change where and how food crops grow. If icecaps melt and low-lying areas are flooded, as is predicted, entire populations could be forced to move to higher ground. The tsunami of 2004 and Hurricane Katrina, in 2005, provided vivid examples of what large-scale climactic catastrophes entail.

And yet climate change remains low on the list of most countries’ foreign policy concerns and has yet to be treated as a subject for serious, sustained action. Part of the problem is that the threat still feels abstract. Despite accumulating evidence, the full impact of climate change has not yet been felt; for now, it can only be modeled and forecast. Much of the current planning for meeting this challenge has also had a somewhat abstract feeling. The most prominent action plan devised so far is based on a lot of economic theory and only a bit of empirical evidence, derived from U.S. efforts to deal with acid rain.

Mobilizing public attention around problems that have not fully manifested themselves has historically been difficult. This was true of the threat of terrorism before the attacks of September 11, 2001, and it will likely be even truer of climate change. Most climactic models now predict continued deterioration, but the signs that are currently visible, such as the thawing of the permafrost, lack the drama of two airplanes piercing the World Trade Center. Like the frog in the pan of heating water that does not notice the temperature rising until it is too late, human beings have been lulled into believing that they have many years to deal with climate change. When dramatic changes finally do occur, it will be too late for remedial action.

Pessimistic experts who believe the world has already reached the point of no return advise that society adapt to the new conditions rather than try to correct them. Many politicians are more optimistic. In July 2005, leaders of the group of eight highly industrialized states (G-8) pledged to put themselves “on a path to slow and, as the science justifies, stop and then reverse the growth of greenhouse gases.” Assuming there still is time to act, the question is, how?

Curbing greenhouse gas emissions, a problem that took many years to develop, will be a prolonged and messy process. But two actions are called for now. The first is to revise the assumptions behind currently proposed fixes, namely emissions-trading regimes, which by themselves actually do too little to cap pollution. The second is to devise strategies customized to the needs and means of the governments that must implement them, distinguishing developed countries from developing ones. In the former, where the necessary legal and regulatory structures, if not always the actual laws, are already in place, the enforcement of environmental standards is largely a matter of political will. In the developing world, limiting greenhouse gas emissions is a more complicated job that requires empowering environment ministers, making an economic case for environmental protection, developing regulatory skills that currently do not exist, and enlisting the help of both civil society and the public sector. 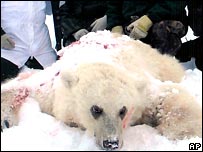