STUFF : WORLD NEWS – STORY : New Zealand’s leading news and information website
LONDON: Up to 21,000 druids, spiritualists and revellers gathered at Stonehenge early yesterday with many beating drums and playing pipes to celebrate the annual summer solstice.
A spokeswoman for English Heritage said they had witnessed a “fantastic sunrise” and enjoyed a great atmosphere at the start of the longest day of the year in the northern hemisphere.
Cheers rang out across Salisbury Plain in Wiltshire as the sun rose at 4.58am.
The prehistoric stone monument is open to the public throughout the year, but the solstice allows revellers a rare opportunity to walk among the 20-tonne stones and touch them.
Druids, a pagan religious order dating to Celtic Britain, are drawn to Stonehenge west of London, because they believe it was a centre of spiritualism more than 2000 years ago.
Scholars say the circle was built between 3000 BC and 1600 BC, but there is no consensus on whether it was a temple, a burial ground, an astronomy site or served other spiritual or temporal purposes. 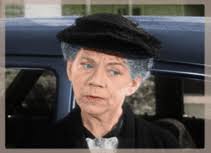