this from the American Journal of Epidemiology…they say they found no direct reason why…I’d like to postulate a few….
1) Smart kids rarely try to jump their bicycles through heavey traffic with those famous last words “Hey, watch this!”
2) Smart kids realize that the guy in the brown van isn’t really their “Uncle Bob”
3) When smart kids are cleaning their shotguns they rarely leave them loaded and almost never perform the famous “end of the barrel in my mouth” test.
4) When smart kids do LSD for the first time they understand that it doesn’t give them the ability to fly. Not literally anyway.
and finally
5) Smart kids don’t join the U.S. Armed Forces so they can go kill other smart kids.
NEW YORK (Reuters Health) – Smarter children may enjoy longer lives, the results of a new study suggest.
The study, which followed elderly adults deemed gifted by childhood IQ tests, found that the higher their early IQs were, the longer they lived — up to a point, at least. The survival advantage began to plateau after a childhood IQ of 163, an intelligence level few people reach.
Dr. Laurie T. Martin and Laura D. Kubzansky of the Harvard School of Public Health report these findings in the American Journal of Epidemiology.
Though the reasons for the link between IQ and longevity are not clear, it does not appear to be merely a reflection of income and social position. As children, the participants were from affluent families and most were white. Yet childhood IQ was still a factor in their lifespan.
Similarly, in an earlier study of Americans with more varied childhood IQs and family incomes, Martin found that IQ was related to health problems independently of socioeconomics.
This, she told Reuters Health, suggests that IQ affects longevity among lower-income people as well.
As research has already linked IQ to mortality, the current study, according to Martin, was in part an attempt to see how far the IQ-health advantage extends. The researchers expected there to be a cutoff at which a high IQ no longer brought any extra health benefits.
And there was. But, Martin said, they were surprised at how high that cutoff turned out to be.
IQs of 163 or higher are not often seen; the average IQ score in the general population is 100 (by definition), and children who score above 130 are considered “gifted.”
The current study is based on data from 862 men and women followed since childhood, starting in 1922, until 1986. All had childhood IQs of 135 or higher, with the average being 151.
The researchers found that, up to the cutoff point of 163, participants’ risk of dying during a given period decreased as their IQ increased; for example, those with a childhood IQ of 150 had a 44 percent lower risk of death than those with an IQ of 135.
Though it’s not clear why childhood IQ itself might affect a person’s lifetime health, Martin and Kubzansky point to several possibilities. For one, these children may be more likely to take up healthy habits like regular exercise, while shunning health risks like smoking. They are also more likely to get high-paying, prominent jobs as adults, with all the advantages that confers.
And in general, Martin noted, IQ scores reflect a “set of skills,” like reasoning, planning and communication, that affect how people manage their health — from talking with their doctors to dealing with a complex healthcare system.
Understanding exactly why IQ affects longevity, according to Martin, could ultimately help improve health and healthcare for everyone.
SOURCE: American Journal of Epidemiology, November 2005. 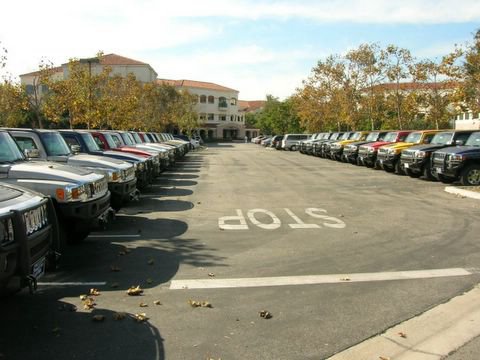