I stole this from the NEW YORKER and it is bizarre. Creativity indeed. The bear “scenario” is choice and could only come from a genius. B.E.
CLOSE READING DEPT.
SCOOTERâS SEX SHOCKER
Issue of 2005-11-07
Posted 2005-10-31
Of all the scribbled sentences that have converged to create the Valerie Plame affair, the most remarkable, in literary terms, may belong to Scooter Libby, Dick Cheneyâs recently deposed chief of staff. âOut West, where you vacation, the aspens will already be turning. They turn in clusters, because their roots connect them. Come back to workâand life,â? he wrote in a jailhouse note to Judith Miller. Meant as a waiver of confidentiality, the letter touched off the sort of fevered exegesis more often associated with readings of âThe Waste Landâ? than of legal correspondence. For even more difficult prose, however, one must revisit an earlier work. âThe Apprenticeâ?âLibbyâs 1996 entry in the long and distinguished annals of the right-wing dirty novelâtells the tale of Setsuo, a courageous virgin innkeeper who finds himself on the brink of love and war.
Libby has a lot to live up to as a conservative author of erotic fiction. As an article in SPY magazine pointed out in 1988, from Safire (â[She] finally came to him in the bed and shouted âArragghrrorwr!â in his ear, bit his neck, plunged her head between his legs and devoured himâ?) to Buckley (âIâd rather do this with you than play cardsâ?) to Liddy (âTâsa Li froze, her lips still enclosing Randâs glans . . .â?) to Ehrlichman (â âIt felt like a little tongueâ â?) to OâReilly (âOkay, Shannon Michaels, off with those pantsâ?), extracurricular creative writing has long been an outlet for ideas that might not fly at, say, the National Prayer Breakfast. In one of Lynne Cheneyâs books, a Republican vice-president dies of a heart attack while having sex with his mistress.
It took Libby more than twenty years to write âThe Apprentice,â? which is set in a remote Japanese province in the winter of 1903. The book is brimming with quasi-political intrigue and antique locutionsââThe girl who wore the cloak of yellow furâ?; âone wore backward a European hatâ?âthat make the phrase a âformer Hill staffer,â? by comparison, seem straightforward.
Like his predecessors, Libby does not shy from the scatological. The narrative makes generous mention of lice, snot, drunkenness, bad breath, torture, urine, âturds,â? armpits, arm hair, neck hair, pubic hair, pus, boils, and blood (regular and menstrual). One passage goes, âAt length he walked around to the deerâs head and, reaching into his pants, struggled for a moment and then pulled out his penis. He began to piss in the snow just in front of the deerâs nostrils.â?
Homoeroticism and incest also figure as themes. The main female character, Yukiko, draws hair on the âmoundâ? of a little girl. The brothers of a dead samurai have sex with his daughter. Many things glisten (mouths, hair, evergreens), quiver (a âpink underlip,â? arm muscles, legs), and are sniffed (floorboards, sheets, fingers). The cast includes a dwarf, and an âassistant headmanâ? who comes to restore order after a crime at the inn. (Might this character be autobiographical? And, if so, would that have made Libby the assistant headman or the assistant headmanâs assistant?)
When it comes to depicting scenes of romance, however, Libby can evoke a sort of musty sweetness; while one critic deemed âThe Apprenticeâ? âreminiscent of Rembrandt,â? certain passages can better be described as reminiscent of Penthouse Forum. There is, for example, Yukikoâs seduction of the inexperienced apprentice:
He could feel her heart beneath his hands. He moved his hands slowly lower still and she arched her back to help him and her lower leg came against his. He held her breasts in his hands. Oddly, he thought, the lower one might be larger. . . . One of her breasts now hung loosely in his hand near his face and he knew not how best to touch her.
Other sex scenes are less conventional. Where his Republican predecessors can seem embarrassingly awkwardâthe written equivalent of trying to cop a feel while pinning on a corsageâLibby is unabashed:
At age ten the madam put the child in a cage with a bear trained to couple with young girls so the girls would be frigid and not fall in love with their patrons. They fed her through the bars and aroused the bear with a stick when it seemed to lose interest.
And, finally:
He asked if they should fuck the deer.
The answer, reader, is yes.
So, how does Libby stack up against the competition? This question was put to Nancy Sladek, the editor of Britainâs Literary Review, which, each year, holds a contest for bad sex writing in fiction. (In 1998, someone nominated the Starr Report.) Sladek agreed to review a few passages from Libby. âThatâs a bit depraved, isnât it, this kind of thing about bears and young girls? Thatâs particularly nasty, and the other ones are just boring,â? she said. âGod, theyâre an odd bunch, these Republicans.â? Unlike their American counterparts, she said, Tories havenât taken much to sex writing. âThey usually just get caught,â? she said.
â Lauren Collins 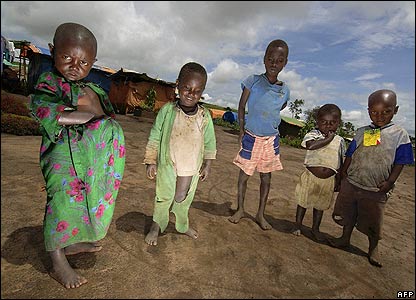