Did they know? Will we ever know?  How did we end up in this mess? Was it a conspiracy?
cd

SHANNON, Ireland – Secretary of State
Condoleezza Rice said she cannot recall then-CIA chief George Tenet warning her of an impending al-Qaida attack in the United States, as a new book claims he did two months before the attacks on Sept. 11, 2001.
“What I am quite certain of is that I would remember if I was told, as this account apparently says, that there was about to be an attack in the United States, and the idea that I would somehow have ignored that I find incomprehensible,” Rice said.
Rice wasPresident Bush’s national security adviser in 2001, when Bob Woodward’s book “State of Denial” outlines a July 10 meeting among Rice, Tenet and the CIA’s top counterterror officer.
“I don’t know that this meeting took place, but what I really don’t know, what I’m quite certain of, is that it was not a meeting in which I was told there was an impending attack and I refused to respond,” Rice said.
Speaking to reporters en route to Saudi Arabia and other stops in the Middle East, Rice said she met with Tenet daily at that point, and has no memory of the wake-up call from Tenet described in the book.
“It kind of doesn’t ring true that you have to shock me into something I was very involved in,” Rice said.
There was near constant discussion of possible attacks overseas, and high alarm, Rice said.
The meeting between Tenet, Rice and Cofer Black of the CIA was not mentioned in the reports from several investigations of the Sept. 11 attacks, but Woodward wrote that it stood out in the minds of Tenet and Black as the “starkest warning they had given the White House” on al-Qaida leader
Osama bin Laden and his network.
Rice: No memory of CIA warning of attack 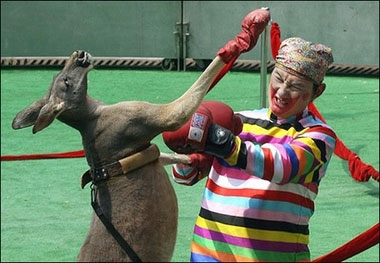