I sometimes get to drive around survivors of the attack on Pearl Harbor. It is amazing to hear their stories and imagine this land of aloha filled with smoke and death. Almost impossible to imagine. It happened though. It could happen again, and probably will. Visitors from ‘the heartland’ often express surprise and dismay at the number of Japanese that visit the Arizona memorial. I remind them that we have a shared history with our allies in Japan and this is a part of it. Just like seeing Americans in Hiroshima. In addition to that, it was a kick ass attack. Regardless of the conspiracy theories surrounding the attacks (FDR knew and allowed the attacks to happen to get the US in the European war and keep Hitler from taking out England) the attacks themselves were a brilliantly executed maneuver. If I were Japanese, I would want to visit Pearl Harbor, in part, as a way to view my country’s excellent victory there. The Japanese have only been defeated once in their history. It was by the US. They studied how we won and took it the next level, economic dominance. Remember in the 1980’s when everyone was terrified of the Japanese economic powerhouse. To my way of thinking, their economy crashed because of that fear and the secret machinations of US economists and policy makers. Just like the Microsoft antitrust case popped the dot com bubble. You can’t have 12 new millionaires every day and maintain control of a nation. Maybe I give my government too much credit for being devious and controlling….but I doubt it….
cd

By Gregg K. Kakesako
gkakesako@starbulletin.com
For the first time in four decades of observing the anniversary of Dec. 7, 1941, there will be only one memorial today at the site of the Japanese attack at Pearl Harbor.
In the past, the early-morning ceremonies — which begin with a moment of silence at 7:55 a.m. when the attack began — were held at the memorial that sits over the sunken battleship USS Arizona and at the U.S. National Park visitors center.
This year, the 64th anniversary of the attack, the two services have been combined at the visitors center, partly because a large group of Pearl Harbor survivors and their families plan to attend.
But that also may be how future services will be conducted, said Agnes Tauyan, Pearl Harbor spokeswoman.
It will be done “to accommodate the desires of the survivors who want their children and grandchildren to understand what happened here,” she said.
Pearl Harbor survivors are the guests of honor at the memorial service. They gather in the assembly room of the memorial, dedicated in 1962 to the 1,177 crew members of the Arizona who remain entombed in the hull of the sunken warship.
The memorial straddles the sunken battleship near Ford Island, but it can accommodate only up to 200 people. That leaves little room for Pearl Harbor survivors’ families because many of the remaining seats are taken up by community and military leaders.
This year, the 64th anniversary of the attack, at least 20 Pearl Harbor survivors will be among the 2,000 guests, including relatives, friends, foreign dignitaries, and military and government leaders. However, more than 40 Pearl Harbor survivors and a large number of relatives had expressed an interest in attending. The number of Pearl Harbor survivors and family members alone number more than 60.
“There also are so many more that just show up without telling us each year,” Tauyan said.
After the 90-minute service, members of the Japanese Religious Committee for World Federation, representatives from 30 local organizations, survivors and their families take wreaths to the memorial.
As in past years, “there will be a basket of flowers if the survivors want to toss one into the waters beneath the shrine room, Tauyan said. “They will be allowed to stay and reflect if they so desire.”
Among the Pearl Harbor survivors will be five crew members from the destroyer USS Ward, which reported the sighting of the conning tower of a midget submarine trying to sneak into Pearl Harbor 70 minutes before the Japanese attack in 1941. The Ward’s warning went unheeded.
The Ward fired two shots, hitting the conning tower with the second one and sinking it in 1,200 feet of water outside the Pearl Harbor channel.
Adm. Michael Mullen, head of the U.S. Navy as chief of naval operations, will be the keynote speaker. Sen. Daniel Inouye, who witnessed the Pearl Harbor attack and served in World War II, also will be among the speakers.
As part of the traditional service, the destroyer USS Chaffee will mark the beginning of the service by cruising past the memorial — with its crew decked out in dress whites.

A flyover by Hawaii Air National Guard jets will conclude the ceremony.
Other commemorative ceremonies were planned at other military installations. At 7:45 a.m., a wreath-laying ceremony at Hickam Air Force Base was to honor 189 men who were killed there during the Japanese attack.
Several surviving members from the 11th Bombardment Group and their families will join the service. That group received more damage than any other Army Air Corps unit during the attack. Of the 350 members, 245 were injured and 16 were killed.
At 8 a.m. at Kaneohe Bay, Brig. Gen. Steven Hummer, commanding general of Marine Corps Base Hawaii, and Navy Capt. Robert Adrion, commander of Patrol and Reconnaissance Wing 2, are expected to lay a wreath at the Kaneohe Klipper Memorial. The ceremony honors the 18 sailors and one civilian killed during the attack.
Two waves of Japanese attack planes from six carriers hit the 185 warships of the Pacific Fleet on Dec. 7, 1941, as they lay at anchor in Pearl Harbor. The first wave of 183 planes struck at 7:55 a.m., followed by a second assault of 170 aircraft at 8:40 a.m.
Two hours later, 323 U.S. planes had been destroyed and 21 warships, including eight battleships, were sunk or destroyed. Some 2,390 U.S. military and civilians were killed, 960 were missing and 1,178 wounded. 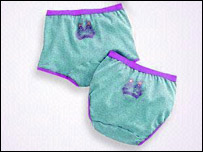