Ramadan has begun in most of the world. It began with a blast in Baghdad. Although people usually think of Ramadan as a month of fasting, it is also a time of joy and clebration in the Muslim world. The fast is during the daylight hours only and at night firiends and family get together and feast, talk story, and celebrate. Many Muslims actually gain weight during Ramadan! I have Muslim friends that tell me the hardest part is not drinking water during the day. As for the food, they eat breakfast very early and a big dinner at night.  If you have Muslim friends it is customary to wish them Ramadan Mubarak! One of these days I will participate in Ramadan, even though I am not Muslim. Below is a short summary of what Ramadan is all about.
cd

Ramadan—The Month of Fasting
Ramadan is the ninth month of the Islamic calendar. Islam uses a lunar calendar—that is, each month begins with the sighting of the new moon. Because the lunar calendar is about 11 days shorter than the solar calendar used elsewhere, Islamic holidays “move” each year. In 2006 Ramadan will begin on Sept. 24.
For more than a billion Muslims around the world—including some 8 million in North America—Ramadan is a “month of blessing” marked by prayer, fasting, and charity. This year Ramadan precedes Christmas and Hanukkah. But while in many places these holidays have become widely commercialized, Ramadan retains its focus on self-sacrifice and devotion to Allah (God).
Why this Month?
Muslims believe that during the month of Ramadan, Allah revealed the first verses of the Qur’an, the holy book of Islam. Around 610 A.D., a caravan trader named Muhammad took to wandering the desert near Mecca (in today’s Saudi Arabia) while thinking about his faith. One night a voice called to him from the night sky. It was the angel Gabriel, who told Muhammad he had been chosen to receive the word of Allah. In the days that followed, Muhammad found himself speaking the verses that would be transcribed as the Qur’an.
At many mosques during Ramadan, about one thirtieth of the Qur’an is recited each night in prayers known as tarawih. In this way, by the end of the month the complete scripture will have been recited.
Fasting
Muslims practice sawm, or fasting, for the entire month of Ramadan. This means that they may eat or drink nothing, including water, while the sun shines. Fasting is one of the Five Pillars (duties) of Islam. As with other Islamic duties, all able Muslims take part in sawm from about age twelve.
During Ramadan in the Muslim world, most restaurants are closed during the daylight hours. Families get up early for suhoor, a meal eaten before the sun rises. After the sun sets, the fast is broken with a meal known as iftar. Iftar usually begins with dates and sweet drinks that provide a quick energy boost.
Fasting serves many purposes. While they are hungry and thirsty, Muslims are reminded of the suffering of the poor. Fasting is also an opportunity to practice self-control and to cleanse the body and mind. And in this most sacred month, fasting helps Muslims feel the peace that comes from spiritual devotion as well as kinship with fellow believers.
Ramadan ends with the festival of Eid al-Fitr, which in 2006 occurs on Oct. 24. Literally the “Festival of Breaking the Fast,” Eid al-Fitr is one of the two most important Islamic celebrations (the other occurs after the Hajj, or pilgrimage to Mecca). At Eid al-Fitr people dress in their finest clothes, adorn their homes with lights and decorations, give treats to children, and enjoy visits with friends and family.
A sense of generosity and gratitude colors these festivities. Although charity and good deeds are always important in Islam, they have special significance at the end of Ramadan. As the month draws to a close, Muslims are obligated to share their blessings by feeding the poor and making contributions to mosques. 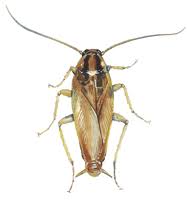