I’m reading this for a class and am totally amazed by it. Mind blowing stuff.
Play Money: Or, How I Quit My Day Job and Made Millions Trading Virtual Loot

I remember hearing about this phenomenon a few years ago. I laughed, I thought it was a media sensation, I pretty much forgot about it. The whole idea was just too ridiculous to take seriously. However, in the first three parts of Play Money, Julian Dibbell gives enough background, enough empirical data, and enough of an introduction to the real people who are making real money in MMORPG’s (Massive Multi Player Role Playing Games) to bring the idea from the realms of the ridiculous and into the realm of the real, albeit with a certain surreal quality to it all.
Several things jumped out at me from these sections: 1) the population of the virtual countries that serve as the backdrop for these games is often in excess of the population of real countries, i.e. a game like Ultima Online has more real people in it’s virtual confines than a real country like Tonga has real people 2) the gross domestic product per capita is actually higher in a game like Ultima (in real world dollars produced) than it is per capita in a real world country like Russia and finally 3) that a worker in Mexico or other less industrialized nations can earn more real world money through playing an MMORPG than through labor or other forms of real world work, that is, by producing fake ingots of fake gold and selling them on a real dollar ebay, a worker can earn more real dollars than by digging ditches, picking fruit, cleaning rooms, or cleaning schools. Unbelievable, and yet this is the reality that we are living in.
Another aspect of this phenomenon that Dibbell blew my mind with is the idea of scarcity and value. Using real world economics and virtual world statistical data, Dibbell shows that given a choice between a garden of Eden ease or a dog eat dog world, people will choose the dog eat dog. His examples of online world’s where people could have anything they want for free that lie unpopulated while online worlds that incorporate real world values of scarcity fill up with more and more people shows that we value what we have to work for. It shows that we don’t want the garden of Eden. Adam and Eve probably left the garden willingly and have never really wanted to go back. Why would you want to simply pick the fruit you want to eat when instead you can find the seed, dig a hole, water the dirt, tend the tree, protect it from predators, and finally, pick the fruit you want?
One has to wonder if perhaps the string of necessary steps in the real world is artificially lengthened in order to make our lives feel more satisfying. Do we all go through massive numbers of extra steps to achieve a sense of purpose? For instance, if we want a new car, is it really necessary to get a degree, get a job, pay off loans, build credit, get another loan, test drive, set up a payment plan, get insurance, and finally drive it off the lot? Or have we simply created all of these steps to keep us occupied, locked up in our own little virtual world of mining fake ore to make fake ingots to buy fake armor, to get to the next artificial level? It’s only one example, but it is definitely worth thinking about on a greater scale. Is Eden still all around us but we choose not to see it?
cd 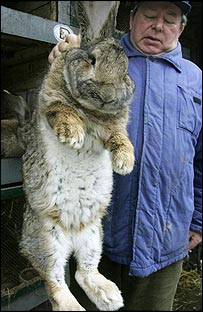