(Liberia’s “Iron Lady,” Ellen Johnson-Sirleaf, could become Africa’s first elected female president. She was once a supporter of Charles Taylor, the former Liberian leader hiding out in Nigeria after being indicted for war crimes by the Special Court in Sierra Leone. But, she says she broke with him years ago and I think I believe her. kg)

BBC NEWS | Africa | Concert for peaceful Liberia poll
Liberia’s 22 presidential candidates are due to attend a peace concert in the capital, Monrovia, on Wednesday.
The candidates are expected to pledge to conduct non-violent campaigns in the 11 October elections – the first since the end of a 14-year civil war.
Leading artists from Sierra Leone, Nigeria and Ghana will participate in the UN-organised concert.
Ex-footballer George Weah and economist Ellen Johnson Sirleaf are among the favourites to be the next president.
Their rallies have been attracting enthusiastic crowds.
Ms Sirleaf, a former World Bank economist, told the BBC she believes that a candidate’s experience is crucial if the fortunes of one of the world’s poorest countries are to be turned around.
“Mr Weah has a lot of popularity among young people, and I think the stardom attracts them and there’s nothing wrong with that,” she said.
“But I think when the voters get into that poll, they have to vote for someone who they know can manage the affairs and someone who understands the issues, someone who has the experience, because they’ve done it before.”
Mr Weah has been campaigning on the basis that his lack of education and political experience is an advantage, because the established politicians have failed his people for decades.
The former AC Milan and Chelsea star said that if elected he would like the UN Mission in Liberia (Unmil) to remain for the whole of his first term.
Unmil, with 15,000 peacekeepers, is the UN’s most expensive operation, costing $750m a year.
A transitional government led by President Gyude Bryant – who is not standing in next month’s poll – came to power under a peace deal in October 2003. 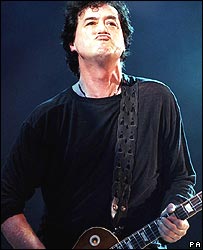