Sure, it may eventually pass…but this sounds like total hell….
cd

TODAYonline
The toll in the Indian Ocean island of Reunion from a mosquito-borne virus that causes crippling pain in the joints is likely to reach 100,000 by week’s end, the minister for France’s overseas territories, Francois Baroin, said.
.
“We will probably reach the figure of 100,000 cases of chikungunya in Reunion by the end of the week,” he said.
.
Baroin added that the tally of cases in the island of Mayotte, a French overseas territory in the Comoros Indian Ocean archipelago, was expected to rise to more than 500.
.
“The state has devoted very substantial resources” to combatting the outbreak, Baroin said.
.
Reunion, a French department with a population of 776,000, first detected chikungunya in March 2005.
.
The president of France’s Institute for Development Research (IRD), Jean-Francois Girard, on Monday said it was biggest epidemic of chikungunya ever recorded anywhere.
.
Chikungunya — a Swahili word meaning “that which bends up” — is caused by a virus spread by mosquito.
.
It is not known to be fatal but can cause painful swelling of joints in the body, leaving victims stooped and limiting their movements. Symptoms eventually disappear over time. There is no vaccine. — AFP 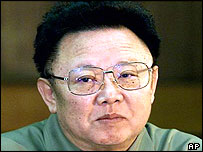