By all means, appease the rain gods women! Appease the war gods! Appease all the gods!
cd

KATHMANDU (Reuters) – Dozens of Nepali women stripped naked and ploughed their fields in west Nepal, hoping to appease the gods and get some much needed rain, a newspaper report said on Sunday.
About 50 women in two villages in Kapilvastu district, 190 km (120 miles) west of Kathmandu, resorted to the desperate move at night on Friday as days of prayers and Hindu ceremonies failed to bring rains for the parched paddy crop, it said.
“This is our last weapon, we used it, and there was light rainfall,” Nepali daily Rajdhani quoted one of the women as saying.
Although there is no clear religious basis for the practice, some locals believe such a move could appease the rain gods.
Officials said there was insufficient rain during the June-September monsoon season this year and vast stretches of land along the southern plains, Nepal’s bread basket, were parched. 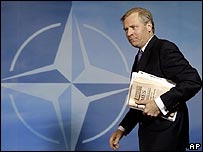