(Hawaii is always interesting…cd)
Police searched cornfields and brush areas in Mokuleia Monday morning after a man stole a car that was parked along Farrington Highway.
A woman, who was naked, jumped onto the hood of the car, trying to stop the thief, a man who was camping nearby, witnesses said.
“This girl was crying frantically, just screaming. She was yelling and my wife was all ‘She’s on the hood.’ And, ‘He’s going to steal the car,'” camper Derrick Albiar said.
“Then he started to take off with her on the hood naked. Yeah, she had no clothes on,” Albiar said.
Albiar and his wife watched in horror as the man drove erratically, trying to get the woman off the car.
‘It wasn’t a long distance, but from what I’ve seen, he dragged her pretty good,” Albiar said.
After the naked woman fell off the hood and the car sped away, Albiar got into his car and chased the thief. While Albiar chased the driver, his wife helped the injured woman.
Albiar ended up in a cornfield on the backside of Crozier Drive. After his car stalled in the dirt, he chased the thief on foot.
A Honolulu Police Department helicopter searched overhead as teams searched on the ground. They were not able to find the thief, but the stolen car was recovered.
The woman who tried to stop the thief is a visitor from Washington state. She suffered scrapes and road rash. Paramedics treated the woman and took her to Wahiawa General Hospital for further care. 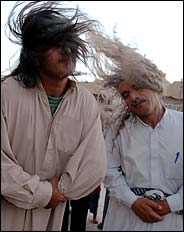