This could prove to be a very interesting story….I’ll keep you updated…
cd

STOCKHOLM, Sweden – Swedish authorities Saturday were investigating how a man calling himself a “stateless American” ended up floating on a raft of oil barrels and wood planks in the waters between Denmark and Norway.
The man — who carried no identification, spoke perfect English and said his name was George Williams — was found by a Norwegian oil tanker on Friday morning, floating in the Skagerak sea on a raft of four oil barrels held together by a frame of wooden planks.
He told police he had been thrown from a ship several days earlier and now wanted to go to New York, but offered little further information.
He asked to be taken in by Swedish authorities, and shielded his face from photographers when he was taken to a port in southern Sweden.
“If he was thrown off a ship, they must have thrown off the raft for him to sit on as well, so I don’t know,” Swedish marine police spokesman Bengt Albinsson said. “We are trying to figure out the circumstances, but we will have to see how much he wants to tell us.”
The man claimed to be a “stateless American” born in Cape Town, South Africa, in 1959, police spokesman Thomas Fuxborg told newspaper Dagens Nyheter.
“He says he has lived for a long time in the USA, but does not want to say where,” Fuxborg said. “He has worked in Europe, but does not want to say where and with what. He is not seeking asylum in Sweden but wants to go to New York.”
The man was taken to a hospital in southern Sweden to be treated for dehydration and a frostbitten foot, but did not seem seriously injured, authorities said.
He will be held in police custody until Monday, when authorities will contact the U.S. Embassy to try to confirm his identity, Fuxborg said. 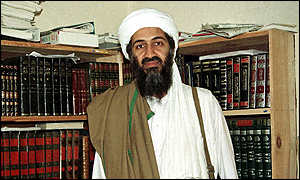