Hey, I know a lot of Muslims and they like to have fun as much as anyone. Perhaps, though, their idea of fun isn’t going to a themepark…or maybe Muslims in Britain are just not as into having fun as Muslim’s I’ve known in other lands. It wouldn’t surprise me. While I was in England and amongst a lot of the English I have met elsewhere, I have been shocked by the rampant hatred and sometimes the naive prejudice that exist among the English. Especially when they refer to anyone of South Asian or Arabic descent…I’ve heard the term Paki spewed with venom more than I ever needed to. Don’t get me wrong, most of the English are great, but I can see where maybe taking the family to a park where skinheads can identify you as a Muslim might not be the best way to have a good time in England…Now maybe if Cyndi Lauper had been there…
cd 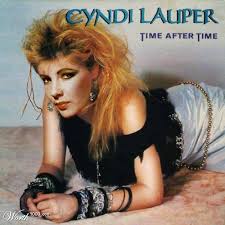 LONDON (Reuters) – Britain’s biggest theme park has called off the country’s first “National Muslim Fun Day” because of lack of interest, the park said Wednesday.
Alton Towers in central England was to open on September 17 for Muslims — with halal food, a strict dress code and prayer areas.
Music, gambling and alcohol were to be banned for the day and theme park rides such as “Ripsaw,” “Corkscrew” and “Charlie and the Chocolate Factory” all segregated by sex.
But the park said the event’s organizers, Islamic Leisure, who rented the park for the day and were marketing the event, had called it off due to “insufficient ticket sales.”
“Alton Towers is disappointed that the planned Family Fun Day Sunday 17th September has had to be canceled,” the park said in a statement. A park spokeswoman said Islamic Leisure would refund those who bought tickets.
Islamic Leisure’s phones were not being answered on Wednesday.
Organizers had hoped to fill a niche for Britain’s 1.7 million Muslims, some of whom may be uncomfortable with mainstream entertainment.
But the fun day had caused some consternation: a non-Muslim couple scheduled to hold their wedding at the park’s hotel complained to newspapers that event organizers told them the bride and female guests would have to cover up.
The park promised the party would be exempt from the rules. A park spokeswoman said the wedding would take place as planned.