This study seems to be making headlines mostly because it confirms that a lot of older people are still having sex. Well, duh. I’m sure Bernest could have told us that.
What fascinates me are the dramatic differences between countries…. Austrians are happiest with 80% of men and 63% of women saying they were enjoying extremely or very satisfying sex.
The least satisfied are the poor Japanese with only 18% of men and 10% of women reporting good sex. Bummer.

Contrary to popular belief, middle-aged and older people enjoy sex, and will do so into their 80s, research suggests.
A study of 27,000 people aged 40 to 80 in 29 countries also found couples with greater equality in western Europe were more likely to enjoy their sex lives.
Highest satisfaction levels were reported in Austria and Spain and the lowest in the more male-dominated societies of the Middle East and Asia.
The study is due to appear in journal the Archives of Sexual Behaviour. 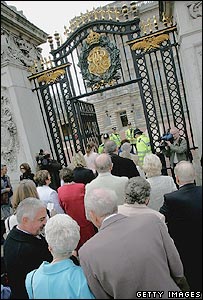