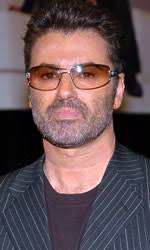 LONDON –
George Michael praised marijuana and apparently smoked a joint during a recently taped television interview, prompting criticism from anti-drug campaigners Friday.
British television network ITV said the singer lit up while being interviewed for the arts program “The South Bank Show.” The interview is due to be broadcast Oct. 31.
“This stuff keeps me sane and happy,” Michael, 43, told the program.
“I’d say it’s a great drug — but obviously it’s not very healthy. You can’t afford to smoke it if you’ve got anything to do.”
A spokeswoman for “The South Bank Show” said the interview had been conducted in Madrid, Spain, where marijuana consumption is legal. In September, Michael launched his “25 Live” tour — his first in 15 years — in Spain.
Earlier this month, the former Wham! singer was given a formal warning for possessing marijuana after police found him slumped over the steering wheel of his car in north London.
He was also cautioned for possession of the drug in February. Marijuana users can be sentenced to up to two years in jail for possession in Britain, though in practice, most people found with small amounts are given a warning.
Paul Corry, a spokesman for mental health charity Rethink, said Michael’s comments were “stupid and naive.”
William Butler, spokesman for drug treatment charity Addaction, said he was “concerned about the message this can send out to young people.”
“Cannabis is illegal because it can be harmful, as can all drugs,” he said.
Michael’s publicist said the singer had no comment.