Ah yes, it is not just me that is fascinated by the illustrious life of Kim Jong Il…the following post by Merrill Markoe offers the surest path to peace with North Korea. Kim Jong Il is nothing if not vain. I’m sure that this would please his ego…of course when I listen to North Korean music (courtesy of Mink Hippie last Christmas) I’m not sure I would want to attend anything called an opera…Chinese Opera is hard enough…
cd

The Blog | Merrill Markoe: Seducing Kim Jong Il: A Sort of Easy Path to Peace | The Huffington Post
After reading one despairing editorial after another about what, if anything, can be done about Kim Jong Il, it occurs to me that there is one sure fire path that is not being exploited.
I developed this unusual theory by reading Kim Jong Il’s official bio…the one that is taught to every grade school child in North Korea. First a little basic background data. Not only was Kim Jong Il’s father the “Great Leader” Kim Il Sung, but his younger brother drowned as a child and his mother died when he was seven. This puts Kim-Jay (as I like to call him) squarely in the center of a narcissism/grandiosity disorder that took roots in early childhood.
Using that as a platform, here’s where his official bio gets interesting. “In 1964 he graduated from the Kim Il Sung University where legend has it he wrote 1,500 books, all of which are stored in the state’s library.” That’s a book a day! Which makes him almost as prolific as Daniel Steele!! As someone who just spent the last couple of years writing my latest ONE book, I am pretty blown away by his artistic output.
But it doesn’t stop there. To top it off, Kim-Jay leaves even Steven King in the dust when you read on to learn that in that same period of time, “He also wrote 6 operas all of which are better then any in the history of music,” Those must be some pretty damn good operas!! 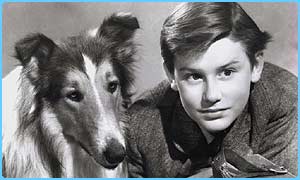