Personally, if I had to pluck coconuts for ten years, I’d probably bite the fucker too…
cd

Monkeys attack masters
Monkeys attack masters
THEIR monkeys had always been obedient, plucking coconuts for them.
But not until when they went berserk and attacked their masters on two separate incidents on Friday and yesterday.
In the first incident, Hassan Hussein, 58, sustained seven stitches on his left hand while Azimat Mat Hassan, 66, received 10 stitches and a tendon tear on his right hand. Both are warded at the Alor Star Hospital.
Hassan from Kampung Pokok Pauh in Pokok Sena said he instructed his monkey âLehâ? which he had kept for 10 years to pluck coconuts for his friendâs kenduri at about 8pm on Friday when the incident happened.
âIt managed to pluck 30 coco-nuts before it became violent. I panicked when it attacked me and bit my hand,ââ he said.
He, however, managed to put it in my motorcycle carrier and headed for home before seeking treatment at the hospital.
Azimat, from Kampung Pondok Lama in Pokok Sena, took his monkey âNyanâ? to pluck coconuts, also for a kenduri, at about 6.30pm yesterday when the animal attacked him while coming down the third tree.
âI pulled my hand away while my friends tried to subdue the monkey,â? he said.
His friends rushed him to the hospital. 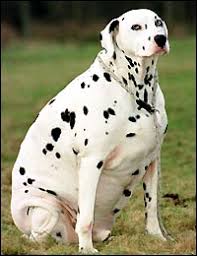