“Sawyer” on Lost was held at gunpoint in his Hawaii Kai home last October. The suspect was indicted yesterday.
What strikes me about the description of his crimes is how many of the victims were injured or shot at while trying to hold their doors shut. I guess people still open their doors for random strangers.

A 21-year-old man suspected of robbing “Lost” TV actor Josh Holloway and his wife at gunpoint in October apparently was on a 21-day crime spree that ended when he was stopped in a car in Palolo.
An Oahu grand jury indicted Ruben Royce yesterday on 35 counts stemming from five separate home invasion robberies from Salt Lake to Hawaii Kai beginning on Sept. 28.
Royce, a twice-convicted car thief who is awaiting trial in two separate unrelated cases, was arrested Oct. 18 after police searching for him spotted him and another man in a car, blocked them in and fired nonlethal wooden rounds when Royce was seen reaching for something under the seat.
“He just randomly went to several homes looking for expensive cars … assuming they had money if they had expensive cars,” said senior Deputy Prosecutor Maurice Arrisgado.

In at least two of the cases, he displayed a firearm and threatened the residents if they did not comply with his demands.
According to prosecutors:
» In the Sept. 28 case in Nuuanu, an elderly woman injured her Achilles tendon when she and her husband tried unsuccessfully to hold the door closed when Royce allegedly burst through their door and robbed them.
» On Oct. 7 he broke into a Punchbowl couple’s home and robbed them at gunpoint of cash and credit cards.
» On Oct. 9, Royce allegedly fired shots from a 45-caliber pistol at the two occupants of a Puck’s Alley residence who were trying to push the door back to prevent him from entering.
» He threatened to kill the Holloways on Oct. 16 if they did not open their bedroom door after he broke into their Hawaii Kai home. He fled with cash and the couple’s Mercedes Benz, which was later found abandoned nearby.
» In the Oct. 18 case, the same day he was arrested, he allegedly threatened to shoot a Salt Lake couple as they tried to hold their door closed. The husband was stabbed with a screwdriver and suffered scratches.
Arrisgado said Honolulu police did a good job of tying the cases together with the help of cooperating witnesses who identified Royce as a suspect in the various cases and were able to track him down before anyone was injured more seriously.
Royce apparently was on probation for prior auto theft convictions when he embarked on the crime spree, prosecutors said. And he was pending trial in two unrelated cases for auto theft and an assault and burglary involving his pregnant girlfriend.
Both cases were to go to trial this month but were postponed in anticipation of the indictment.
Circuit Court Judge Derrick Chan confirmed bail for Royce at $1 million and $100,000 for his accomplice, co-defendant Chanhthay Khounkeo, who allegedly served as a getaway driver in at least two of the burglaries. 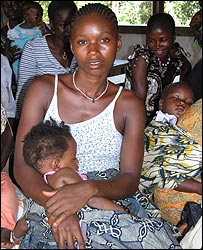