She doesn’t look very sorry, does she?
(BTW sorry for the screwed up formatting on my posts this week – I’m in Atlanta and having trouble with this !@#$! computer….)

KANE’OHE — Declaring her life an open book, “Lost” actress Michelle Rodriguez admitted she drove drunk and accepted jail time yesterday, but not before detailing her struggles with alcohol and the side effects of allergy medication.
“I personally was thankful I was stopped. I didn’t think it was just the alcohol; I’d been manic since I started taking my medicine. I was frantic and it wasn’t natural what I was feeling,” Rodriguez said, noting that she didn’t realize her behavior had been so erratic until she was arrested. “I worked for six years of my life to get what I gained. I came from nothing and I lost it all.”
Rodriguez, 27, pleaded guilty to a single count of driving under the influence and was sentenced to five days in jail and a $500 fine in Kane’ohe District Court. She was given one day of credit for having spent the night she was arrested in jail and will be released Saturday. She surrendered to state Sheriffs at Kane’ohe District Court at 2 p.m. yesterday.
Rodriguez, who plays police officer Ana Lucia on “Lost,” wore a brown leather jacket and a white dress to court. She was charged as a two-time offender because of a previous drunken driving conviction in Los Angeles, and faced up to 14 days in jail, fines up to $1,500 and the loss of her license for a year.
Judge James Dannenberg gave Rodriguez the choice between the jail time and 240 hours of community service. She chose jail, declaring that she needed to “get back to my life.”
The second season finale of “Lost” is April 24, and shooting for the third season isn’t expected to start until later this summer.
Rodriguez’s attorney, Steve Barta, described Rodriguez as a woman suffering from allergies so intense they required her to undergo steroid treatment twice a month. The side effects of those steroids prompted “manic” behavior, he said, and Rodriguez received an injection of steroids the day of her arrest.
After the November 2005 arrest, Rodriguez checked herself into an intensive, in-patient treatment program for alcohol, he said.
“She no longer needs treatment,” he said.
Deputy City Prosecutor Sean Sanada said he was disappointed that Rodriguez did not receive the maximum punishment possible for a two-time drunk driver. In court, he said the night of her arrest in Kailua, Rodriguez was seen weaving in and out of traffic, and crossing into a bicycle lane. After she was stopped, he said, Rodriguez screamed profanities at arresting officers.
“There is a clear difference between taking responsibility for your actions and being responsible,” Sanada said. “She hasn’t once demonstrated she is a responsible person. When it gets to a certain point the buck has to stop here.”
He continued to detail Rodriguez’s brushes with the law, both here and in California, including information gleaned from police reports and Los Angeles county court records. Rodriguez sat, arms crossed, glaring at Sanada throughout the proceedings.
Sanada included an excerpt from a Los Angeles Police Department report regarding a July 2003 hit-and-run. It alleged Rodriguez sat on the lap of the man she rear-ended and “seductively” asked how they could take care of the matter. She later fled the scene, he said.
He argued that Rodriguez has developed a reputation for bad driving and detailed three instances on O’ahu between October and November 2005 when Rodriguez was cited for driving faster than 80 miles per hour.
In court, Rodriguez said she learned how to drive on a race track during preparation for “The Fast and The Furious,” and didn’t have a license before she was 21. Most of her experience behind the wheel comes from racing school and driving sports cars, she said.
“I’m new to money,” she said.
Barta called Sanada’s comments “slanderous” if they were made out of court and said there was no reason to bring up old issues. “Had she not been Michelle Rodriguez, you wouldn’t be hearing any of this,” he said.
Outside of court, Rodriguez urged those taking steroids to combat allergies to carefully read about possible side effects. She spoke at length about the side effects of her treatment, including menstrual cycles three times a month and anxious, frantic behavior that kept her from sleeping.
She said she lost her home in New Jersey and every car she ever owned as a result of her legal troubles, but declared that she was ready for a fresh start. She expressed gratitude that the judge did not impose the maximum penalty.
“I’m really glad the judge wasn’t blinded by the kind of illusion of ‘the actress,’ ” she said. “I’m human and he saw that.” 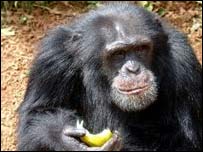