Here are the latest letters from a U.S. soldier in Iraq, David.
#14 IRAQ

Hello friends, how are you doing, first, thank you for the kind letters. I deeply appreciate them and only wish I could write back individually to each one. I am half way out of my depression. I would say waist deep. I think my Iraq situation is very close to what it must be like being in quicksand. let me clarify, when you find yourself in quicksand the worse thing you can do is panic and struggle because the movement and struggle only gets you in deeper. Its the same here, the more I struggle and fight myself and why I am here the deeper and more stuck i get. I have maid a point not to fight the deployment. right now as I hand write this I am on Local National escort with an Indian, its peculiar because other Indians can go around unescorted but not this one. I have to follow him around as he does his job. Its a rather boring detail, so far he is cleaning showers and latrines and I sit and watch. I did get a chance to talk to him, back home he is a Rice farmer, interested din mechanics and world history. he makes 450 dollars a month here, he said if he did the same job back in India he would only make around 50 dollars a month. He sends most of his money back home. here in Iraq he makes as much as a doctor would in India.. I think of everything i can about India and Indian culture to spark conversation, He mentioned he was a rice farmer and I mention Basmati rice, he is impressed that I know the difference and even heard of it. I remember a few Hindu Gods, Bollywood, the fighting in the Cashmere are, Yoga, Indian foods, New Dehli, Bangalore (there are pretty girls in Bangalore). We jump around. I am sure if a foreigner wanted to start a conversation with me about the states, it might be something like, ‘so…the united states, the statue of liberty… cool. hotdogs, hamburgers, cowboys and Hollywood.” I am sure that is how my conversation seemed to him.< /br> He said with the money he makes here he will open his own business back home. he is 9 months into a 2 year commitment. it is interesting to see how people from other countries view us. he thinks American woman dress to sexually but overall he is proud to say he finds that Americans and Indians have alot in common. We talk in fragmented sentences. Of course the conversation moves towards family. As it always does. It seems family is the common denominator that we all hold important across cultures and religions. I am married of course, I always tell them I am married because its a sign of maturity. Especially at my age, most of the world would consider it strange that I wasn’t married. This time I say I have two children, two sons. the only thing is every time I think of it, the question i think of Shari, she is the one i think of when i say I am married. she is the mother of my two fictional children.< /br> Saying there was small arms firen and explosions today is redundant. Did the sun rise? so yea, there was a rising cloud of black smoke outside the walls this morning and than I saw two attach helicopter fly low to the site and throw down some rounds. interesting sight.< /br> So i decided not to rant to much about politics, though, one fellow caught my attention. Ted Turner recently made some comments to the effect that men should not be in politics for the next 100 years or so. This statement implies that men have messed things up. Of course this is convenient for Mr. Turner to make such lofty statement when he is perched on such a high pedestal. The truth of the matter is money controls politics, Mr. Turner can buy politicians whether they be female or male. Money is power. If he wants to get my attention, he should say all men should be stripped of thier money and assets. of course you won’t hear that from Mr. Turner. he is the same individual who stated he wanted to buy enough land in the US so he could ride his horse from one side of the coast to the other without ever getting off his land. whatever happened to live modestly and only take what you need. I think I am going to start a list of people who should be sitting in the same seat as Sadaam. Mr. Turner should be tried for his crimes, Attempted murder of intelligent thought and sensibility. Sorry, Mr. Turner you have underestimated the intelligence of the American People again. We are not as stupid as you would hope us to be.< /br> So I am studying a programing language with my off time. Its totally going against how my mind is wired. I always figured myself more for a creative sort and not analytical, so trying to pick up this computer language of Java is a bit hard but I feel after repeated and repeated exposures I am getting the hang of it. Its all about Object Oriented programming, attributes, varibales, methods, classes, arguments, encapsulation, inheritance. all of this stuff is a nice respite to the uneven unsensible world outside the wire. The language has precision, form, and logic outside the wire there is none of that. I can see now and feel Picasso’s Guernica, his painting on war. 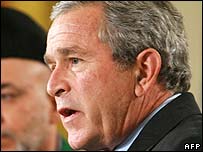