Citizen Lobbyists Sending Bricks to Congress
Those in favor of building a fence between Mexico and the U.S. are sending bricks to congress as a way to show their representatives what they want. Itâs clever (the bricks not the fence) and really gets the message across what these people want. As one congressional aide put it, itâs lucky the bricks arenât coming through the windows.
As to the idea of a fence itself, what in the world are they thinking? Did a fence keep the Mongols from invading and conquering China? Did it keep East Germans from making daring flights across the Berlin Wall? Do fences keep rabbits out of the carrots? The answer to all of these is no. Fences do not work. Borders do not work. The U.S. is once again following the ill conceived agenda set out by Israel. First was the desire to preemptively strike terrorists (prior to 911, even the U.S. said this was unjust) and now we want to build a huge fence along our borders too.
Here is a newsflash for the good citizens of the United States and Israel. Exclusion and violence donât work in furthering a democracy. It seems like when I was a child learning about what made America great, it was the idea of the melting pot, the idea of inclusion, and the idea of accepting the tired, poor, and hungry. Especially if they are even more tired, poor, and hungry than we are.
The best thing out of the brick sending? A New Jersey Representative encouraging his colleagues to donate the bricks to Habitat for Humanity. Houses will make a positive difference, fences will not. Now if we can just figure out how to tell our lawmakers how to make bridges. 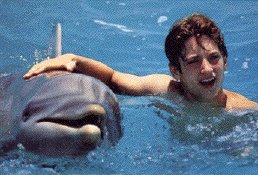