OhmyNews International
I guess we’ll have to postpone our reunification celebrations…
Kim Jong-il’s Second Son to Inherit Dictatorial Mantle
North Korean leader Kim Jong-il has decided to pass the mantle of leadership of one of the world?ì² most repressive regimes to his second son Kim Jong-chul (23), according to AERA magazine, a sister publication of Japan’s Asahi Shimbun.
In its Sept. 26 edition, AERA quotes an informed official as saying Kim Jong-il?ì² mind was made up. Numerous sources said the last few months have seen a political education campaign on all levels of the Stalinist country including the workplace exalting Kim Jong-chul as the legitimate successor to his spiky-haired father?ì² personality cult. Such a campaign would be unimaginable without the direct blessing of the North Korean leadership. Leader-in-waiting Jong-chul is referred to as “the Commander” in these lectures.
According to the magazine, Kim, who was born on Sept. 25, 1981, studied at an international school in Switzerland. He is reportedly such a big fan of the U.S. NBA that his doting father built basketball courts at his villas throughout North Korea. Jong-chul ‘s older brother Jong-nam (34) fell from grace after he was caught trying to enter Japan on a forged passport.
AERA said ?ì?he Commander??could make an appearance in the memorial ceremony marking the 60th anniversary of the Workers Party of Korea on Oct. 10, likely to be a massive celebration provided North Korea’s relationship with the U.S. improves.
(englishnews@chosun.com)
If only we can find a way to lure him to the US for a Lakers game using a fake passport…
url: http://english.chosun.com/w21data/html/news/200509/200509200033.html 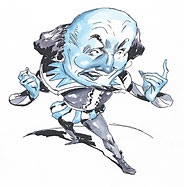