(Okay, I know there are a lot of ghost/demon stories today…I don’t know why…maybe it means something…Imagine….cd)

Sir Paul haunted by Lennon’s ghost
Wed, 21 Sep 2005
Sir Paul McCartney believes John Lennon haunted the recording of the 1995 Beatles single ‘Free As A Bird’ — in the form of a white peacock.
The rock legend, Ringo Starr and George Harrison posed for a photograph outside the studio where the track was recorded — when the bird wandered in shot at the last minute from a neighbouring farm.
The singer said: “That’s John. Spooky, eh? It was like John was hanging around. We felt that all through the recording.”
McCartney also believes John made his presence felt on the single’s B-side. He revealed: “We put one of those spoof backwards recordings on the end of the single for a laugh, to give all those Beatles nuts something to do. I think it was the line of a George Formby song. Then we were listening to the finished single in the studio one night, and it gets to the end, and it goes, ‘zzzwrk nggggwaaahhh jooohn lennnnnon qwwwrk.’ I swear to God.”
“We were like, ‘It’s John. He likes it!”
McCartney has also admitted he still misses John and his other late bandmate, George Harrison.
He confessed in an interview with the Observer Music Monthly: “I can’t quite believe it’s over with George. It’s just a really sad feeling sometimes.”
“Same with John, except with John’s death there was all this anger too. The jerk of jerks to shoot someone like John Lennon. And now Georgie’s gone too. It’s not a nice feeling. Not nice at all.” 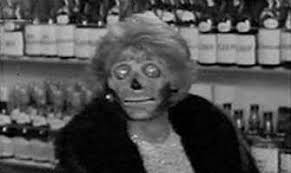