I’ve heard these allegations before…the problem with any fingerpointing of this kind is that it is now far too late to come to any solid conclusions….the evidence if it ever existed has been swept away. Still, interesting to have a different perspective than the Bush sanctioned and controlled media….
I especially found interesting the involvement of the now acting Prime Minister who has taken over since Sharon’s hospitalization in the release of Isreali suspects. Funny to find this article on the heels of my last post…Relevant.
cd

Israeli links to 9/11?
1/5/2006 6:00:00 PM GMT
Blaming the horrible attacks on the Arabs was the best thing that has even happened to Israel.
On the day of the September 11, 2001 attacks, former Israeli Prime Minister Benjamin Netanyahu was asked how they could affect Israeli-U.S. relations. His quick reply was: “It’s very goodâ¦â¦.Well, it’s not good, but it will generate immediate sympathy (for Israel)”.
An article by reporter Jim Galloway, published on The Austin American-Statesman on Nov. 25, 2001, stated that the FBI had evidence suggesting that the Mossad, the Israeli intelligence, along with some rogue American and foreign spy agencies, may be deeply involved in or even entirely responsible for the Sept. 11 attacks as well as other acts of terrorism against the United States.
According to Galloway, 100 of the 1,100 foreigners arrested by the FBI for suspicion of involvement in the 9/11 attacks were Israeli Jews. In fact, a Mossad surveillance team made quite a public spectacle of themselves on the day of the attacks. Five of the Israelis were arrested after âangry witnesses had seen the five at a waterfront park in New Jersey apparently laughing and clowning, and photographing themselves in front of the burning towers.” One witness told police at the time that the men âwere like happy, you know â¦ They didn’t look shocked to me.â?
Israeli links to 9/11? – 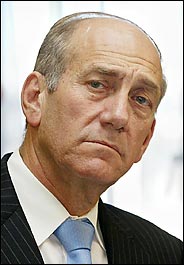