Could he possibly have been utilizing a Bush Plug??

JERUSALEM — Israel has recalled its ambassador to El Salvador after he was found naked, bound and drunk, according to Israeli media reports confirmed Monday by a government spokeswoman.The longtime diplomat, Tsuriel Raphael, has been removed from his post and the Foreign Ministry has begun searching for a replacement, said ministry spokeswoman Zehavit Ben-Hillel.
Two weeks ago, El Salvador police found Raphael in the yard of his residence, tied up, gagged with a ball and drunk, Israeli media reported. He was wearing sex bondage equipment, the media said. After he was untied, Raphael told police he was the ambassador of Israel, the reports said.
Ben-Hillel said the reports were accurate and that Raphael has been recalled, although he did not break any laws. 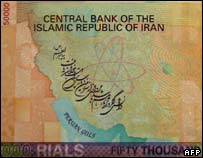